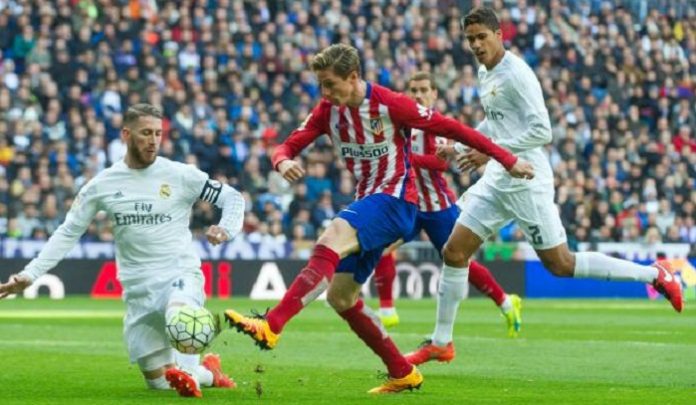 Stadio Giuseppi Meaza, Milan is all set for a rerun of the 2014 Champions League final, as Simeone’s men look to take on the Los Bloncos tonight.

Referee Mark Clattenberg will oversee the proceedings for this year, of the final battle in the run for the most prestigious trophy in club football (soccer).

The last time these two met at the same stage in Lisbon, Atletico Madrid were leading 1-0 until the 93rd minute when Sergio Ramos equalised for Real, and they went on to win the match 4-1 in extra time.

As far as the stats are concerned, both the Madridistas look formidable. Atletico have only lost to Real in 10 meetings since their last UCL final clash, winning five, and Madrid haven’t lost a single one in their last 10 matches overall.

This is Madrid boss Zinedine Zidane’s first UCL final as head coach. But his experience in Europe can not be matched by any member from either of the teams, as he looks to lead the Los Bloncos to a thumping triumph.

On the other hand, Simeone is not stranger to such high-pressure matches at this stage, as Atletico boss and player. He sure has some nerve advantage over our beloved Zizou.

The traditional underdogs from the Spanish capital continue to defy all logic and thrive under their current boss, but the most glorious club in modern football, from the other side of town look as dangerous as ever with their three most daunting frontmen: Ronaldo, Benzema and Bale.

Be it passion, be it glory, be it goals or be it blood, this match has it all to make it the biggest night in club football.