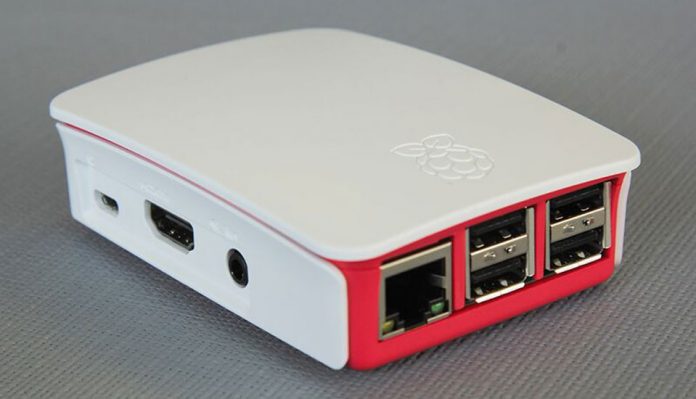 In late February of 2012, the Raspberry Pi foundation took the internet by storm. It did this by launching a credit card sized computer that some believed would revolutionise the education world by bringing affordable consuming to the market. In three years however, the Raspberry Pi has become a huge success in a very different market. The Pi, as it is commonly referred to, is one of the most loved devices in the tinkering community and has been the basis of many fascinating projects that range from home automation to building a pretty great multi-room audio solution.

One of the main reasons that the Pi primarily stayed in this market is that it never really was user-friendly. Out of the box, you would pretty much get a motherboard and an SD card with an operating system that only a computer savvy would be able to comprehend. Third party cases were always available, but they were never really refined enough to make the Pi something a non-geek would consider as an option. That changed earlier this week when the Raspberry Pi got its own official case. The case adds much-needed functionality by making the IO ports more accessible, as well as giving the device credibility and giving it the chance to look more appealing to a wider market.

The case is up for sale now retailing for $9 and supports the newer Raspberry Pi 2 Model B as well as Model B+ of the original Pi.

Now that the Pi is more accessible, here are some neat things you can do with a Raspberry Pi.

Have you been wanting to learn more about technology? Ever wanted to know how to format an ext4 hard drive and use gig to encrypt your data? Sometimes, to learn technology, you need to dive into the deep end. So here’s what you do; buy a Raspberry Pi, load a Linux-based OS such as Ubuntu on it, and play around with it. This way you have a whole new computer to tinker with and learn new stuff, without having to worry about messing up your daily machine.

Set up an encrypted document server

A friend once came to me asking for advice; she had wanted to set up a digital journal but did not want it to be an internet based service nor did she wish to do anything common, such as storing password protected documents on her computer. In fact, she wanted to have it stored in a USB, but accessible from her home network.

A rather painstaking request, but if you’re someone with similar concerns, a Raspberry Pi hooked up to a flash disk and your home network running a server-based Linux OS is all you need. Just a little research on setting up SSH and how to use the Vi text editor and you would have an extremely safe and secret storage space for your documents.

Re-live the “golden era” of gaming

Did you miss out on the beauty that was the SNES or maybe just feeling nostalgic and hankering for an n64 session? These are just two of the many possible game consoles that one could emulate on the Raspberry Pi.