The Chinese telecom company ZTE is holding the last stage of its crowd-sourced contest Project CSX. This final phase will have consumers voting for their favorite device for ZTE to develop it in the future.

According to the company, X is the product they will develop and unveil next year. The last options standing range from smartphones to VR headsets.

“We have always put consumers first in everything we create, build, and deliver. We believed consumers were capable of driving the R&D process and we hope that others can learn from our example so we can advance the mobile industry collectively,” Lixin Chieng, Chairman, and CEO of ZTE USA.

After more than 400 concept device submissions, the Project CSX team of ZTE has narrowed down the list to 5 gadgets with the potential to be the next big thing under the company’s name.

Option A is an ‘Eye-Tracking, Self-Adhesive Phone.’ This device was apparently conceived with three things in mind: privacy, comfort, and versatility. It would support page-scrolling through an eye-tracking system while the back of the phone would be adhesive, so it sticks to vertical surfaces like walls.

Option B consists of 4 different ‘Intelligent Covers’ based on a new stock Android smartphone with magnetic ports. The main idea is to combine an e-reader, a portable gaming console, a PC dock, and an agenda into one device.

Option C proposes a futuristic ‘Powerglove.’ The ‘exo-glove’ would be primarily for rehabilitation purposes or learning hand-based abilities like playing the guitar or the piano. The ‘Powerglove’ would get its smart instructions via Bluetooth.

Option D is a very straightforward ‘Stock Android Flagship Phone.’ The most attractive option so far, Option D proposes a next-gen Axon phone by ZTE running stock Android. On top of that, the new flagship device would sport the latest technology in performance and optics.

Last but not least, the ‘VR – Interactive Diving Mask’ is a unique concept for Option E. It would consist of a water-resistant VR headset that would simulate an immersive ocean experience while used in any underwater setting, i.e. pools or lakes. 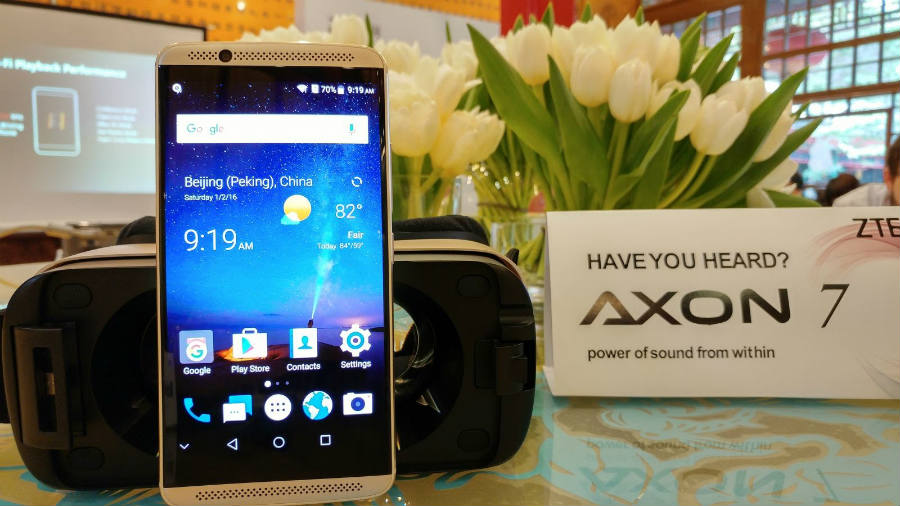 The voting process currently has Option D in the top position, with Option A closely following it. Clearly, consumers want a next-gen smartphone rather than other futuristic devices with reduced applications in their daily lives.

The voting process is open to anyone on the official Project CSX site. Voting ends on October 19 at 11:59 ET. Users can share their device of choice on social media for the chance to win an Axon 7 smartphone as well.