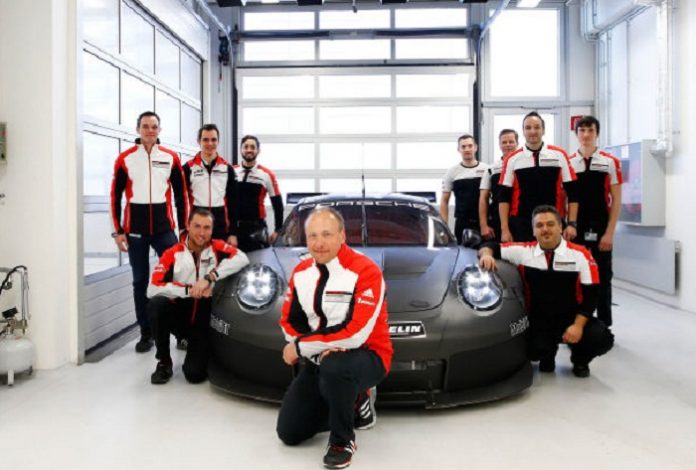 Porsche has released first images of its new car 911 GTE/GTLM, set to be released in 2017. The car is set to debut at the Rolex 24 Daytona.

It has successfully completed a rollout at the Weissach test track, where unusually, more than one test drivers got their first impression of the car.

“…since all of our work drivers are involved in the development of the new car, the ones who could fit it into their schedules came to Weissach and turned a couple of laps.” said Marco Ujhasi, the Overall Project Manager at GT Works Motorsport.

The major part of the improvement to the car from its predecessor belongs to its weight distribution. Improved gearbox and engine placements add to the engine performance.

It is said to have a water-cooled four-liter flat-six or commonly known as a boxer engine.

Only the front fascia pics of the car has been released, ensuring that the guessing game is kept alive until the beauty rolls out at the 24 hour World Endurance Championship.

It may be a huge challenge for a brand new vehicle to race at a 24-hour event but the Head of Porsche Motorsport, Dr Frank Steffe Walliser insisted that they are on schedule. 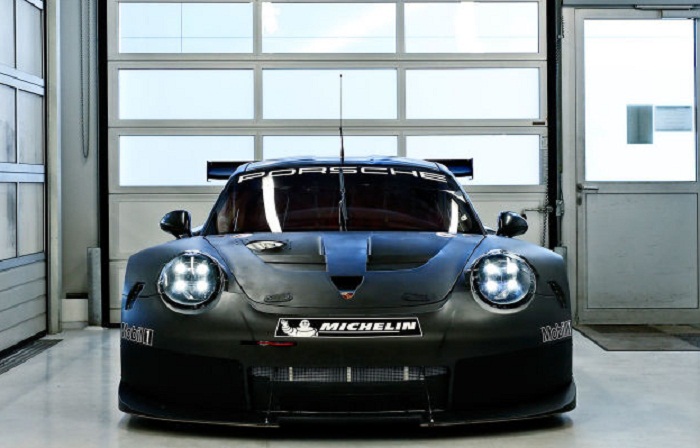 It will be interesting and thrilling to see how it does, compared to the likes of ‘16 Bimmer M3 GT2, Aston Martin Vantage GTE, Corvette C7.R and 458 Italia GT2.

In addition to its nonchalantly mean look, the 911 has a history of surprising us with an unexpected upgrade, every time. The fact that the makers are choosing to keep us in the dark about its rear, sure adds to the mystery.

Unfair isn’t it? Can’t wait to get a peek at the magnificent and large diffuser? Neither can we. Stay online for the latest updates. For now, enjoy the wide stick out front splitter and the scooped hood.