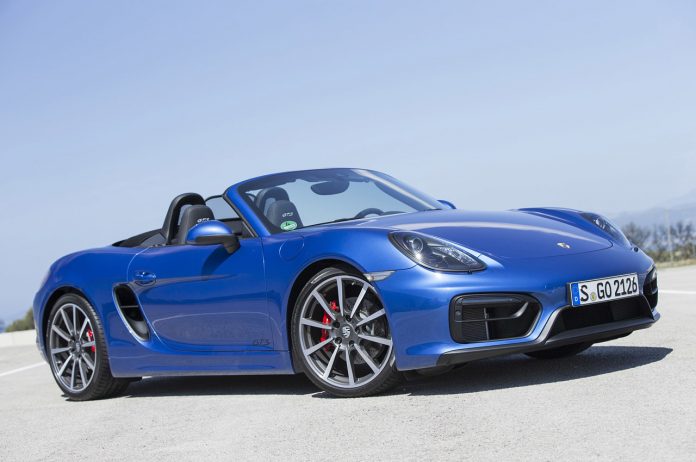 The Porshe Boxter has finally decided to get rid of the flat-six-cylinder boxer engine that had featured in the car since its introduction in 1996 and has opted to go with a new pair of turbocharged flat-four-cylinder engines. Major additions have been incorporated in the motors and some internal and external design changes can be spotted too.

The two-seat droptop sports car will now be known as the 2017 Porsche 718 Boxster and 718 Boxster S for the more powerful version. 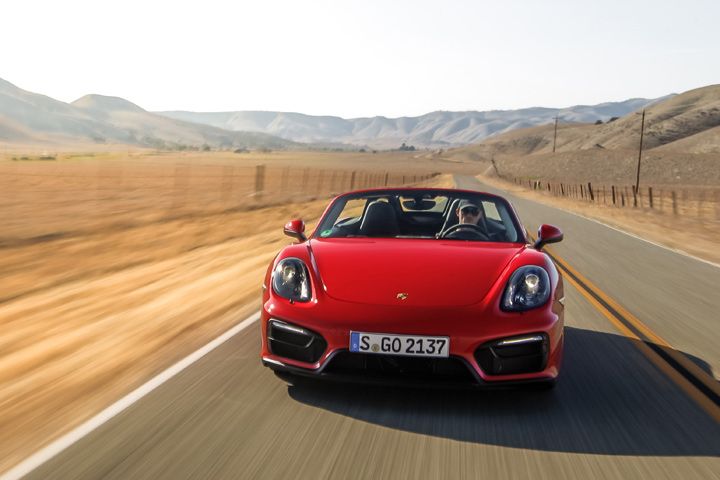 The new 718 Boxster is distinguishable despite its resemblance to the outgoing model. One of the biggest differences compared to the former installment is the larger air intakes that feature multiple fins and stretch the car’s width. The air intakes, which are located under the bumper, make the 718 look much wider. Porsche’s signature distinctive four-point LED daytime running lamps accentuate the wide looks as well. In addition to the air intakes upgrades, the side mounted ones have also been made larger and deeper  – they stretch downwards to meet the bottom of the car. 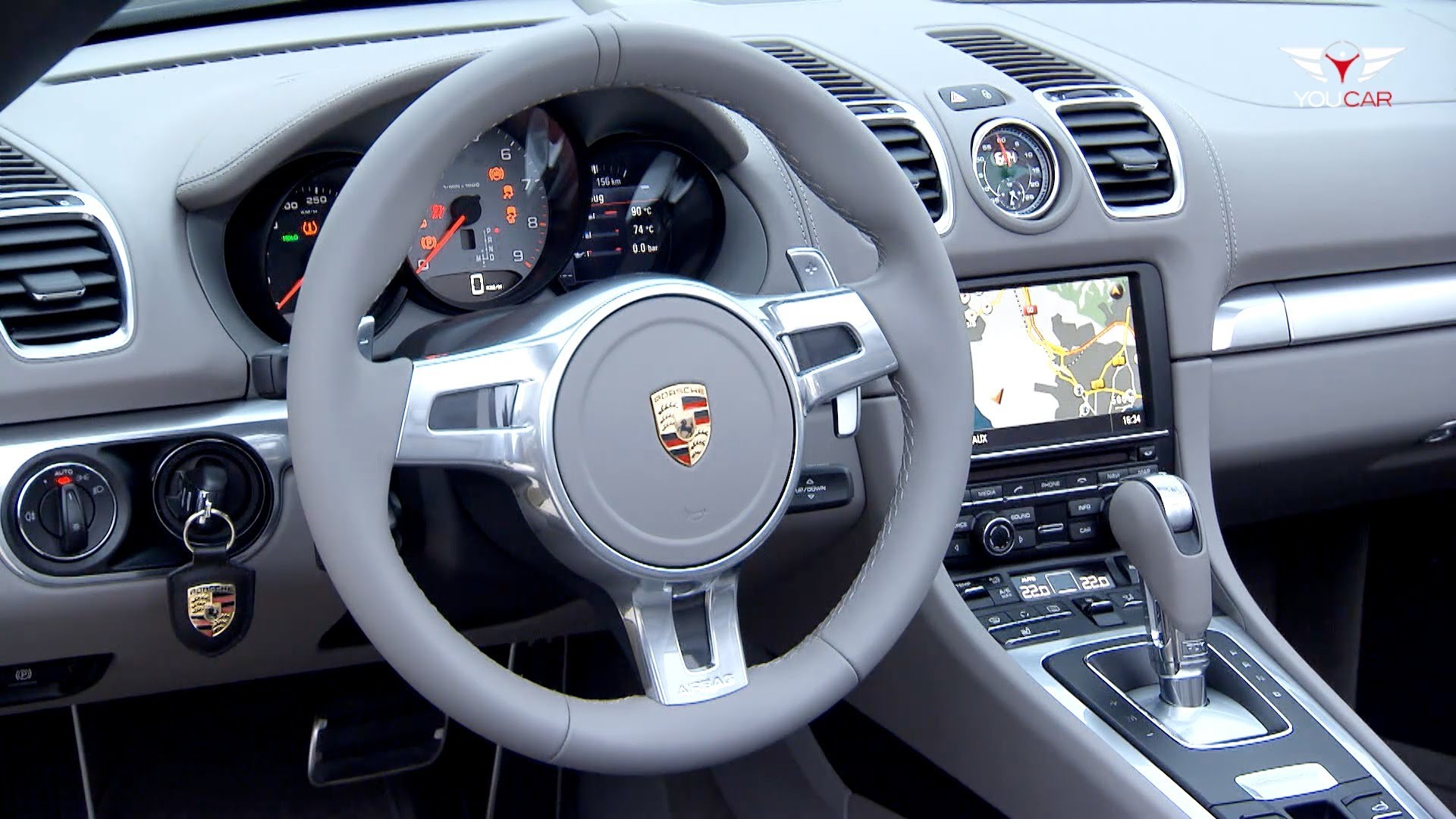 Interiors are mildly revised. There are minor revisions in the instrument panel and console, bringing a cleaner look. The standard Porsche Communication Management multimedia system is also installed in the car, which allows the integration of smartphones and can be fitted with optional navigation system. 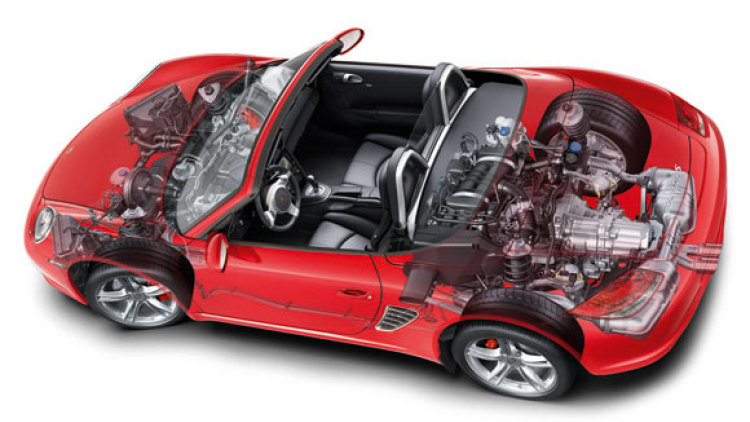 The base engine makes 300 horsepower and 280 pounds-feet of torque, and shaves 0.7 seconds off the 718 Boxster’s zero-to-60-mph times, according to Porsche. In the S model, however, there is more power with the bigger 2.5-liter engine producing 350 hp and 309 pounds-feet of torque for an acceleration improvement of 0.5 seconds to 60 mph.

According to Porsche, there has been an improvement of 14 percent in the fuel economy of both the engines. Do keep in mind that the improvement is in terms of the European Cycle, with no mention of the U.S. Cycle, as of now.

A retuned sports suspension has also been added along with a retuned electric steering system, which is more direct, according to the claims of the company. Porsche Active Suspension Management is again optional and drops the ride stance by 10 millimeters on the 718 and 20 millimeters on the 718 Boxster S. The Sports Chrono package is also optional, featuring an Individual setting in addition to Normal, Sport and Sport Plus settings. The automatic transmission-equipped cars are also getting a Sport Response Button that, according to Porsche, sharpens responsiveness of both engine and transmission behavior.