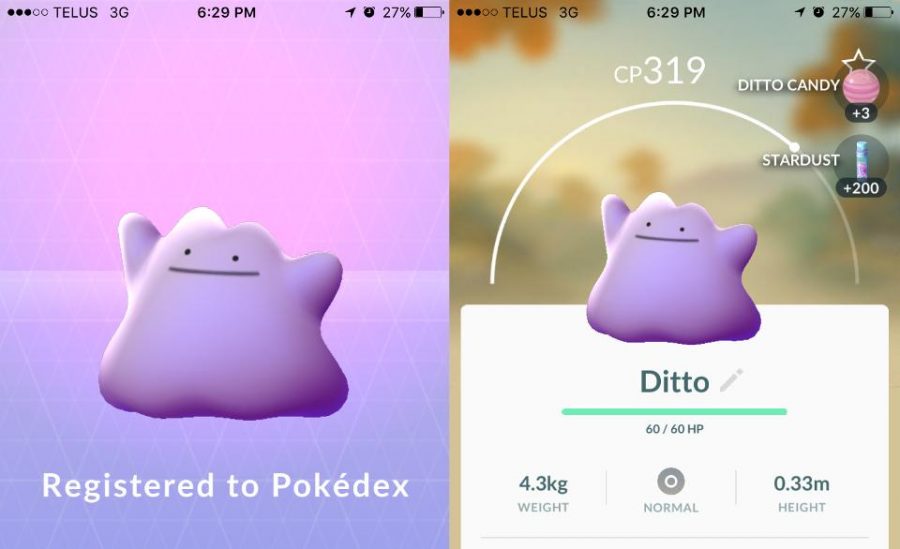 On Tuesday, Pokemon GO announced a much-expected update to its Nearby feature, expanding its reach to almost the entire territory of the U. S., Canada, and Australia. The next day they announced that Ditto would make an appearance in the game, along with a special Thanksgiving event.

These changes are already available with the latest update of the game. The Nearby feature underwent official testing at Niantic’s headquarters in San Francisco, California.

Niantic also seized the opportunity to thank fans for their continued support and remarked that more features and add-ons would keep coming continuously to the game. This latest upgrade is the direct result of reiterated community feedback through social media.

The latest update now shows the ‘Nearby’ feature in all states west of the Mississippi river, except Hawaii and Alaska. The update excludes states like Florida, Alabama, Mississipi itself, the East Coast, and the entire Northeastern region.

Developers also made changes with to the ‘Sightings’ feature but did not give any additional details. Starting on Tuesday, players will be able to view Pokémon located in the vicinity of a PokéStop only or at the stop itself.

Canadian Trainers will enjoy this upgrade in British Columbia, Saskatchewan, Manitoba, and the western side of the Ontario region. Australians will get the feature nationwide for all territories and states.

As Ditto, one of the most famous Pokémon in the history of the franchise commonly disguises itself as other Pokémon, and players might catch a certain species such as a Pidgey or Rattatta, to later find out that it is Ditto.

The developers did not specify the actual odds of getting a Ditto, only stating that ‘there’s a chance’ that Ditto would reveal itself when they capture a different Pokémon.

If a player catches a Pokémon and it turns out to be a Ditto, the Pokémon from that particular encounter will also become Ditto for other Trainers nearby.

Ditto will come with special abilities, such as copying the appearance, type, and moves of the first Pokémon it sees while training or battling at a Gym.

Whenever Ditto transforms into a rival Pokémon at a Gym, it will stay that way for the entirety of the fight. Niantic also doubled game rewards as a way to say ‘Thank You’ to Trainers this holiday

Developers also announced that starting last Wednesday every in-game action globally would earn players twice the amount of XP and Stardust, a special event that will finish next Wednesday, October 30.