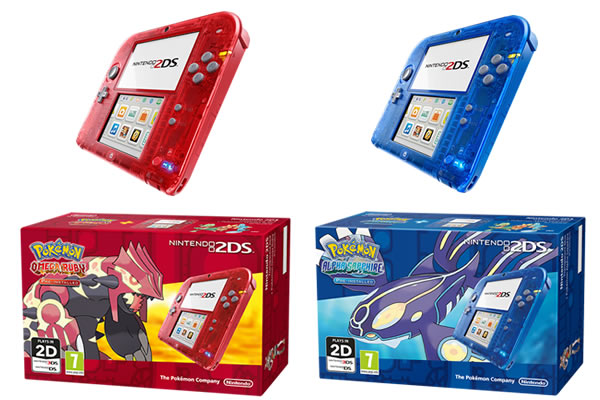 Nintendo has decided to launch a Pokemon-themed Nintendo 2DS in Japan in late February 2016.

Pokemon is soon to be a 20-year-old franchise, hence the developer has taken upon itself to increase the strength of nostalgia and reminiscence after you view the bright primary colours.

The device will be launched in four iconic colours, the Red, Blue, Green and Pikachu Yellow. The Red and Blue see through models have already been launched in Europe, but this is the first time that the 2DS will make an entry in the Japanese market. Usually, the country that is responsible for the company gets everything, but that didn’t happen in Japan, as the first Game Boy made its way to the country in October 2013.

On the same day that the 2DS is being released, Nintendo has also decided to re-release the versions of the original Pokemon games that were rolled out for the Game Boy, for the 3DS.

Nintendo 3DS’s feature that allows it to display 3D images is the only difference that sets it apart from the 2DS.

There have been speculations that Nintendo may choose different sets of Pokemon stickers, a special menu theme, and also a poster that is based on the map for the region under Kanto.

As of now, there is no official confirmation for the launch of the Pokemon-themed Nintendo 2DS in the USA, however, the 2DS consoles are made available in Red and Blue since the last year. People are also able to get their hands on the Pokemon Omega Ruby and Pokemon Alpha Sapphire games.

The gamers who are looking for Pokemon themed consoles can get their hands on the Red, Blue and Yellow titles on the 3DS.

Are you planning on picking up the 2DS? Let us know in the comments below.