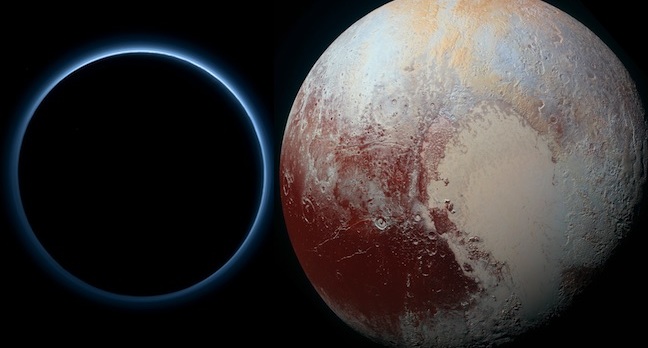 The latest photograph from Pluto taken by NASA’s New Horizons shows the Earth is an icy “spider”. The image showcases strange, red in color, leg-like tendrils spread out on Pluto, with their source being just one location.

The photo was taken by New Horizons on July 14, 2015, but was released on Thursday. 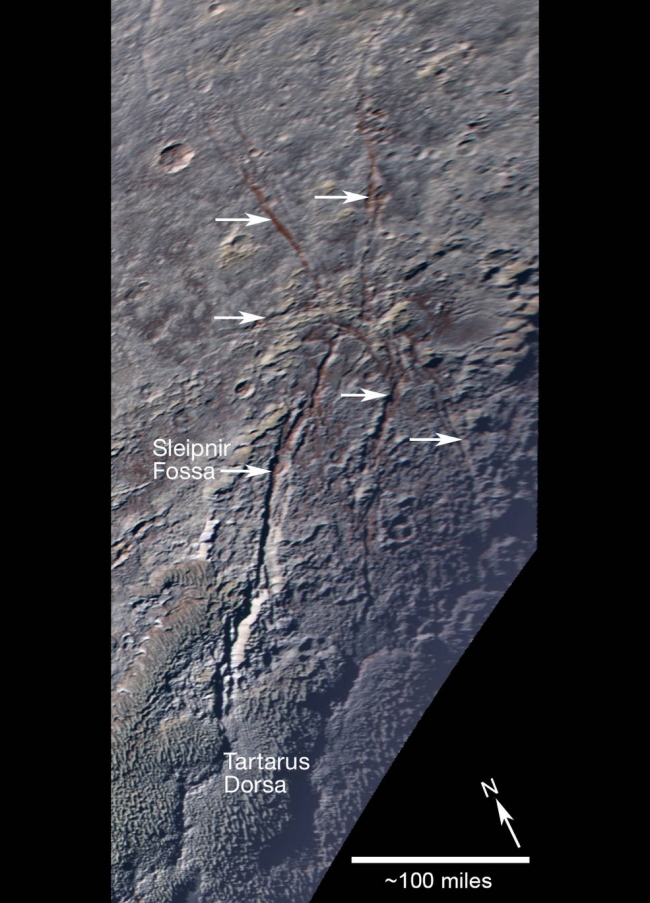 Those “legs” are surface fractures. The longest one is called the “Sleipnir Fossa,” named after an eight-legged horse in Norse mythology that measures 360 miles in length.

NASA believes that they had been created by “a focused source of stress in the crust under the point where the fractures converge – for example, due to material welling up from under the surface.”

“Oh, what a tangled web Pluto’s geology weaves,” said Oliver White, a member of the New Horizons geology team. “The pattern these fractures form is like nothing else we’ve seen in the outer solar system, and shows once again that anywhere we look on Pluto, we see something different.”

According to the experts, the patterns have been created by the global scale expansion of Pluto and are a lot different from the rest of the patterns on the planet, as the others are running parallel to each other.

“When New Horizons gets past Pluto, [and] has done all its data and is going on the slow boat to the heliopause [the boundary between the solar system and interstellar space], then it might be possible to just reprogram about 100 megabytes of its memory and upload a new sights and sounds of Earth that are not created by a small group of scientists but, in fact, are globally crowdsourced,” said Jill Tarter, co-founder of the SETI (Search for Extraterrestrial Intelligence) Institute.

The New Horizons was started in 2006 and the main focus of the body was to bring the spacecraft deeper into the Kuiper Belt, so that they can explore other icy objects in this area.