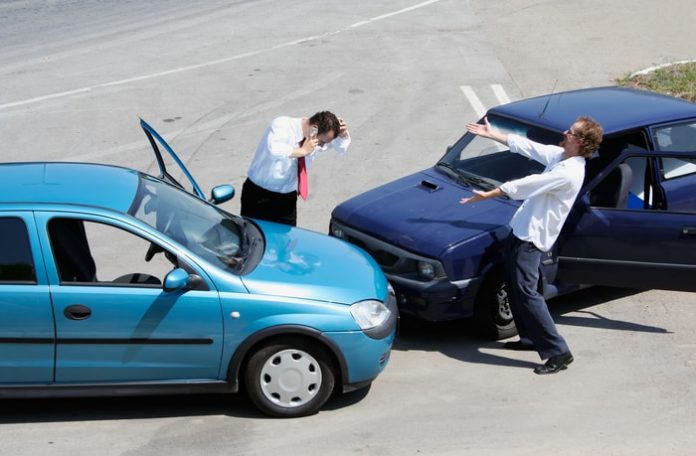 No one ever wants to be involved in a car accident, but it’s important to know the proper steps to take if you are involved in one to make the process as smooth and easy as possible. One thing you should do — after ensuring all involved parties are safe — is to take pictures of the scene and damage. While not everyone follows this step, it plays a critical role throughout the course of the case. This is especially true if either party decides to hire an attorney. The following are a few reasons why you should always take pictures after a car accident.

You should always know your state driving laws so you know what to do if you’re involved in an accident. Some states have steer-and-clear laws that require those involved in car accidents to move the vehicles to a safe place so other traffic isn’t affected. For example, if you were involved in an accident after a driver violated Florida’s move-over law, you may need a car accident attorney in Lakeland, Florida to hold them accountable. These types of laws typically only apply to minor accidents in which vehicles can, of course, be moved and there aren’t any major injuries. If vehicles can’t be moved or if there are injuries, then this law might not apply.

If there’s an opportunity to do so, you should take pictures of the scene before moving off of the road. This is especially important if police officials aren’t present on the scene, as they won’t get to directly see the outcome of the crash once the vehicles are moved. In this case, you want to take as many pictures as fast as possible before moving the vehicles from traffic’s way to ensure the police report is filed accurately and with full detail.

While your phone should be more than adequate and will hopefully have enough storage space, it’s never a bad idea to have an ibi by Sandisk device so that you can collect and organize all of your photos from the accident in one safe place. Such home cloud storage units will help you to keep track of all of your images and keep them stored in a safe cloud should you damage or lose your phone. Furthermore, with a cloud photo solution like the one offered by Sandisk, you’ll be able to share your photos with lawyers, authorities, or other parties with full ease.

Witnesses, passengers, and drivers can be caught up in the moment

Because of the shock and the adrenaline rush, people tend to exaggerate or not remember every little detail in the aftermath of a car accident. Therefore, they might say one thing that is not necessarily true or fails to recount the full details of the whole occurrence.

As they say, a picture is worth a thousand words, which is why you should always take pictures after an accident. Photos can solve conflicting stories and help prove that one person is disclosing the entire truth. They can also dispute the case of who was at fault for the accident, avoiding or bypassing a “he-said-she-said” situation altogether.

Pictures provide the necessary evidence and prove how the accident occurred

Perhaps the top reasons why you should take pictures of a car accident scene, pictures can provide necessary evidence as well as help you back up your claim and prove how an accident occurred.

Photos might also be necessary for your insurance provider, especially if no one is considered at fault or a ticket isn’t given out by the police. By sending them a photo of the damage at the scene, they can better assess the situation and determine who is at fault and what the insurance company should cover.

The last thing you want is to be involved in a scenario in which the at-fault driver comes down to your word versus the other driver’s word. These types of cases can get messy with insurance companies and can bring on more unnecessary problems that you don’t need during this stressful time.

A picture can’t prove everything, but it can help provide the necessary evidence and support the claim of who was at fault in a crash.

Whether you take pictures or not, you might need to hire a Nashville car accident lawyer to help you through the case, especially if it goes to trial. Whether you were determined to be at fault for the accident or were injured or sustained damages of any sort as a result of the other party’s driving, a car accident lawyer can help you make your case, support it, and defend you should your case go to court. No matter what the situation is, you’ll want a lawyer on your side.

Taking photos after an accident can make all the difference between you being named the at-fault driver or getting compensation for damages. They can also make the process after a car accident easier for everyone involved, as there is proof of what happened and the damages sustained. If you’ve taken pictures of the scene, it may be best to schedule a consultation with a lawyer to learn if they can take on your case. With visual evidence supporting your case and a car accident lawyer by your side, you will have a stronger positioning with higher chances of compensation, especially if you were injured at no fault of your own.