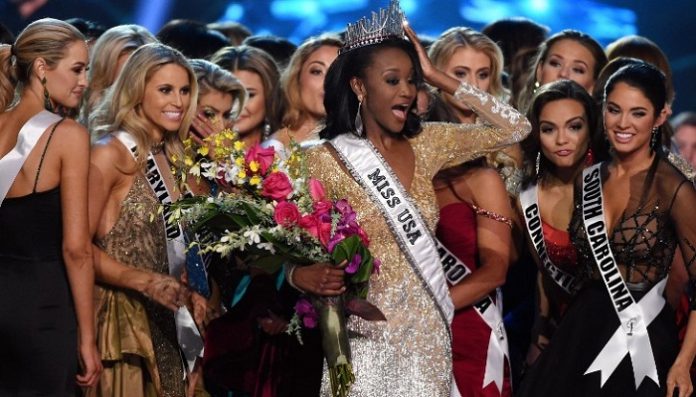 Deshauna Barber, a Virginia State University graduate has been crowned as the Miss USA pageant at a grand event on June 5, 2016. The 26-year-old beauty was left speechless after her name was announced as the winner.

In the final round, she faced heavy competition and finally came out with flying colors by beating beauties from South Dakota, Hawaii, Georgia, Connecticut, Missouri, Alabama, Virginia, California, and Arkansas.

This is for the first time in the last fourteen years that Miss District of Columbia is bagging the crown of United State’s top beauty.

In her journey to win this title, she overpowered Miss Georgia Emanii Davis and Miss Hawaii Chelsea Hardin, the Runner Up.

Deshuana was born in Columbus. But being the daughter of a military man, she was compelled to relocate several times in her life and has stayed in various places which include, Nebraska, Minnesota and Virginia.

From Virginia University, she graduated in Business Management on 2011.

Her father was a Army Master Sergeant, and it instigated a feel of nationalism in her mind during her twenties. The bold beauty commissioned as a quartermaster officer in 2011 and now serves as a Logistics Commander.

Later, she moved onto Washington D C and is currently working as an IT analyst with the United States Department of Commerce. 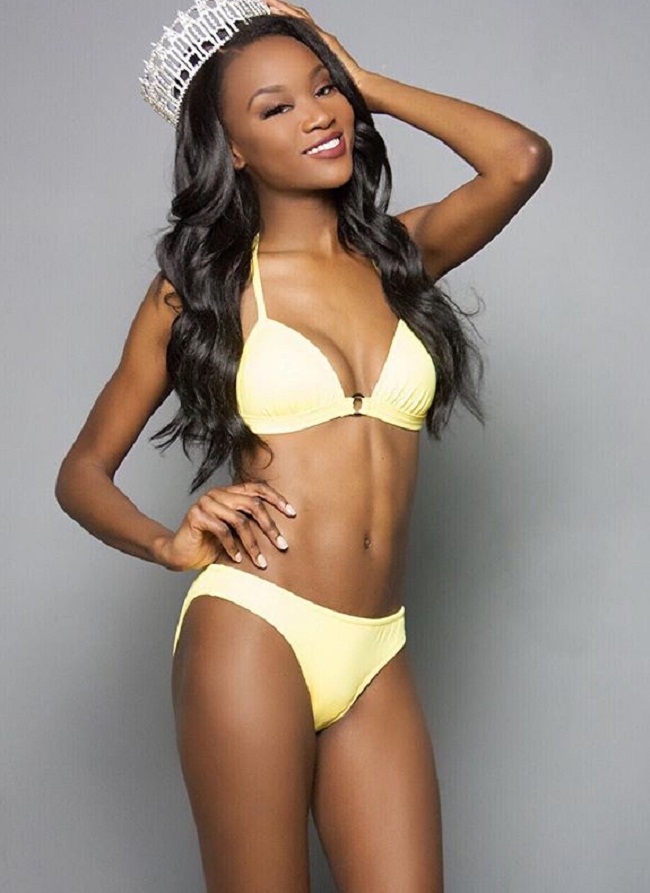 Under her profile on the Miss USA website, Deshuana has expressed her love towards the country and the beauty adds that she loves to work for men and women who are serving the U.S military.

Earlier, in a pre-show interview, Deshuana has told that patriotism is there in her blood and dedicating her life for the country is her aim. According to Deshuana, women are as tough as men, and they can also serve the military in the most impeccable manner.

Miss USA made it clear that being the commander of her unit, she is powerful dedicated, and gender does not limit her in serving the army of the United States.