At the first meeting of the reinstated National Space Council (NSC) on Thursday, Vice-President Mike Pence said the United States will send astronauts to the moon again as part of a set course toward Mars in the coming years.

President Donald Trump brought back the Council through an executive order signed last June, and its first meeting counted with the presence of government bodies like NASA and representatives of the private sector like SpaceX, Blue Origin, Orbital ATK, and Boeing.

Pence said the moon was to be thought of as a stepping stone for further frontiers, including Mars. Several of the Council members have plans involving the Red Planet, including those with routes readily traced to settle down there over the next few decades.

The moon will be a “training ground” for American astronauts

The Vice-President’s remarks for the inaugural event aimed at answering people’s most urgent question: when will the U.S. get serious about space exploration? Everyone knows this isn’t a matter of just snapping fingers and suddenly being on our way to space, so hearing concrete actions was a sign of relief.

The Obama administration was laying the foundations of a similar initiative, albeit more longwinded. Climate science and research with help from space satellites gained prominence over funding for Mars missions, a decision repealed by Trump early in his tenure and met with much controversy.

Now, Pence and co. talk about going back to the moon “to build the foundations we need to send Americans to Mars and beyond.” What this entails exactly is not certain, but referring to our only satellite as a “stepping stone” and a “venue” make us think about a project resembling a space gateway.

There are security concerns at play for NASA’s moon plans

The National Space Council addressed the fact that the U.S. faces more enemies in more fronts than ever before, and that being at the forefront of space exploration gives the country a significant advantage over those that seek to take its place or meddle with it.

Pence talked about being “as dominant in the heavens as on the Earth,” referring to foes of the nation as having the technological equipment and capacity to interfere with satellites, communication networks, surveillance systems, and more.

It remains to be seen whether NASA starts doing things on their own again or if they will partner up further with the private industry. A significant portion of satellite launches is done by private firms now, including Boeing and SpaceX.

Elon Musk recently teased similar plans that included a base on the surface of the moon and the concept of a city on Mars for the first settlers that arrive on the planet. When interests align, there is little need for reinventing the wheel. 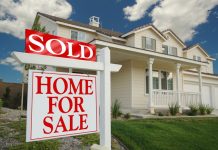 How to Get Rid of Candida Fast!

Canyons the size of Manhatthan found underneath Antarctica

What Are the Different Types of Data Centres?