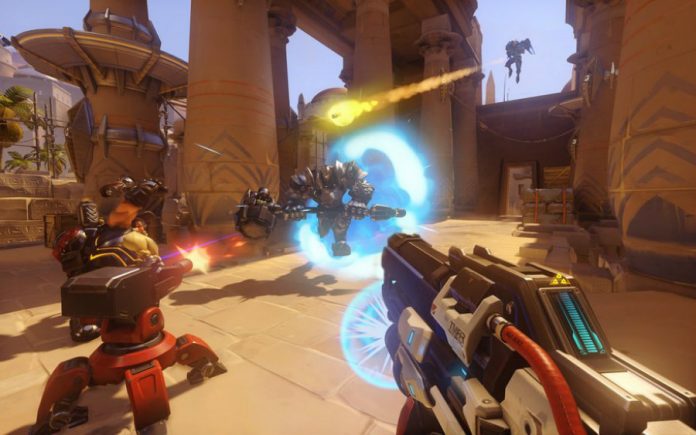 Blizzard’ Overwatch is following the steps of competitive Esports like Counter-Strike Global Offensive and League of Legends, and it will be soon hosted on Turner Broadcasting System (TBS) featuring the Overwatch Open Grand Finals.

For the time being, TBS will only broadcast the finals alongside internet streams. While the rest of the tournament will be openly broadcasted on Twitch.tv

Overwatch’s online competitive phase will begin today, and it will be limited to Europe and North America only. Following the tournament’s online phase will come the playoffs on August’s last weekend. TBS will broadcast the finals that will include eight teams from each region.

Overwatch’s tournament has a $300.000 prize pool. The winning team will win $100.000 prize, while the runner-up team will be awarded $32.000. The remaining pool with being divided among remaining teams.

“Overwatch is an exciting new game with thrilling and expertly-balanced action that makes it perfect for competitive play…We are confident that our capabilities as a platform and knowledge as a media partner will make this an exciting tournament for fans,” said Michelle Attisani, Faceit’s Chief Business Officer

The advantages of the 1st place in the competitive gaming platform

FACEIT also strives to let players quickly to play in tournaments and online leagues through their systems.Craig Barry, Executive Vice President and Chief Content Officer from Turner Sports, also mentioned that having an opportunity to feature Blizzard’s newest game will allow the ELeague to grow along with a match embraced by the community.

A new patch is now live for Xbox One in all regions! ? | Learn about the latest changes: https://t.co/li4qZtkjY1 pic.twitter.com/vBB9FbC1Lo

ELeague was described as a part of the rapidly growing gaming scene created by Turner Sports, in partnership with WWE-IMG.

WWE-IMG is the global leader in sports, events, fashion, and entertainment. The specialize in talent management, representation, brand strategy, media production and distribution in more than 25 countries.TBS became the first major broadcaster to air ten weeks of dedicated live tournament matches when they first aired the CS: GO tournament.

Rookie of the year goes to Overwatch

It was a surprise that Overwatch, being only two months old, will get television air time. Although some games like Counter Strike GO and Street Fight VEvolution tournaments are being hosted by TBS and ESPN respectively, they are games with a long “tradition” and a consolidated community.

The two-month-old Blizzard’s FPS has an incredible success since they game was launched. The game’s community is about 10 million players with a growing competitive community.

Eleague seems to be focusing on FPS games, as they have not aired traditional Massive Online Battle Arena (MOBA) games like League of Legends or Dota 2. The latest have found a space on broadcasters like ESPN though.

In related news, newest support hero, Ana was released on PS4 recently, she had been released on PC a few days ago, but it is still to be unlocked on Xbox.