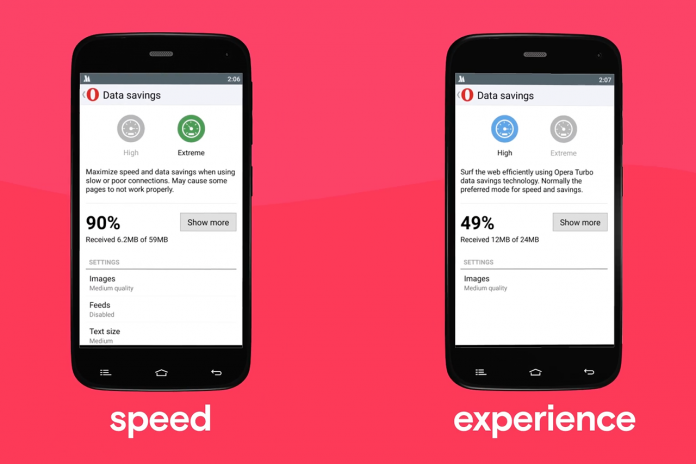 Ad-blocking plugins have been known to all users who don’t like ads, for at least half a decade now. Yet, there were ad-blocking plugins, or in other words, third-party software components designed to enhance the browser’s response against ads. Now, Opera promises to change the game with its latest developer release of the company’s desktop browser, which will come with built-in ad blocker.

According to Opera’s estimations, blocking ads can boost a browser’s upload speed by as much as 90%, though most users tend to argue with that calculation. In addition, by using an embodied ad blocking feature rather than a third party plugin, the company says it’s seeing sites load an extra 40 percent faster.

Despite all the above, we do need to point out the distinguishing irony in Opera’s decision, given that it owns an online advertising firm. The company, which is currently in the process of being acquired by a consortium of Chinese firms, argues that it is incorporating the particular feature thus improving the web-surfing experience for its users.

However, this could also prove to be an ingenious strategy, to eliminate competition from all other ads and make room for Opera’s ads only.

“Advertising fuels the internet, allowing for many services to be free for users,” Krystian Kolondra, SVP of Engineering and Head of Opera for computers says. “But, as our new research shows, most webpages  today are significantly slowed down by bloated ads and heavy tracking. We don’t accept it – we want the web to be a better place for us all, as users.”

A first impression published by TechCrunch reveals that even though the surfing experience did (unsurprisingly) prove to be faster, the results are not as exciting as Opera promises, especially in daily use where one can easily get carried away and end up with more tabs than an average browser can stand.

The new release also comes with a feature that allows you to compare loading times when the ad blocker is turned on and off accordingly.

Truth be spoken, Opera is one of the fastest browsers, if not the fastest one, but it takes more than that to become a default browser. This title has been earned by Google’s Chrome which, as w3schools reports, was used by 69% of the total number of internet users.