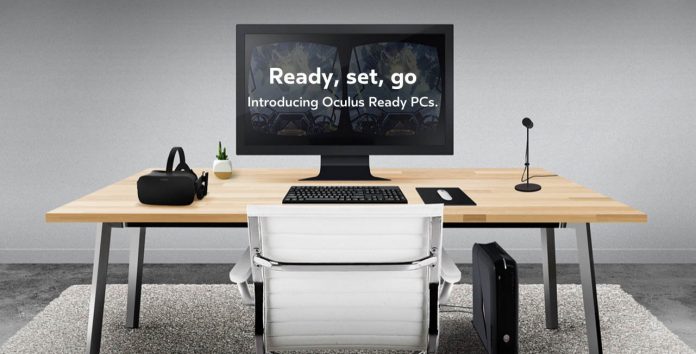 Oculus, in collaboration with Asus, Alienware and Dell, recently announced new PC bundles that will consist of the Oculus Rift, along with a gaming desktop computer powerful enough to respond to the virtual reality offered by the Rift.

The bundles will be available for a limited time only, while their entry level price will be $1,400, going all the way up to more than $3,000, with Asus offering the most affordable prices between all three.

Before you rush into any spontaneous thoughts and impressions, keep in mind that the virtual reality headset costs $599 on its own and an appropriate computer to run with it is estimated to cost a minimum, yet whopping amount of $1,000 to $1,500, if built from scratch.

So, for those who were planning to get a new computer in the first place in order to prepare their systems for the Oculus Rift’s coming, consider getting yourself a bundle that will contain all you need. At this point, it is worth mentioning that the deal also includes a sensor, a remote, an Xbox One controller and two games: EVE: Valkyrie Founder’s Pack and Lucky’s Tale.

Of course, you may want to stick to building a PC for your own reasons. In that case, keep in mind that, according to the company’s recommended specs, computers will need at least an Nvidia GTX 970 or AMD 290, an Intel i5-4590, 8 GB of RAM and an updated operating system of Windows 7 SP1 or later under their hoods. And all that to get to the minimum requirements.

Just for establishing a point of reference, a new Nvidia GTC 980 costs a mere above $500, while a copy of Windows and a decent case and motherboard are at roughly $100 each – and we’re only getting started!

For more information on whether a system is compatible with Oculus’ VR helmet, you can check the company’s compatibility tool, here.

Pre-orders will commence on February 16 and the bundles will be available only at Best Buy, Amazon and Microsoft Store. The Oculus Rift will hit the shelves on March 28, while the bundles are expected to start shipping out on April 23, according to Best Buy and Amazon.