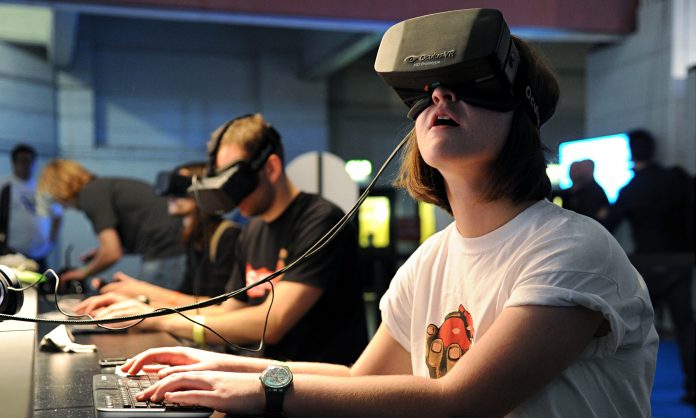 The world is getting ready to embrace virtual reality, however, it seems like it will be limited to the world of PC, smartphones and PlayStation 4 owners, for at least some time in the future.

According to an interview with Shack News, Oculus founder Palmer Luckey, who helped design the Rift head-mounted display that has everyone buzzing about the potential of VR, has said it’s Apple’s fault that Mac doesn’t have Rift support. The engineer further explains that for the headsets to work, Macbooks should be designed in such a way that they are able to support the graphical processing requirements. This means Apple’s computer hardware will miss out on a virtual reality market that tech advisor Digi-Capital predicts will reach $30 billion in revenues by 2020.

“[Rift support] is up to Apple,” he said. “If they ever release a good computer, we will do it,”.

According to Luckey’s description of a “good computer,” it is the one that is able to handle the requirements of the VR headset. Apparently, in order to prevent motion sickness in the users, the games and tools need a hyper-rapid frame rate in the range of 90-to-125 frames per second. Oculus further suggests that Apple has not got a single product that is capable of handling this requirement. Do note that the company is a subsidiary of Facebook, of which Microsoft owns 1.6 percent.

“It just boils down to the fact that Apple doesn’t prioritize high-end GPUs,” said Luckey. “You can buy a $6,000 Mac Pro with the top of the line AMD FirePro D700, and it still doesn’t match our recommended specs. So if they prioritize higher-end GPUs, like they used to for a while back in the day, we’d love to support Mac. But right now, there’s just not a single machine out there that supports it.”

Are you a Mac user? Let us know of your thoughts on Oculu’s statement about Apple’s computers in the comments below.