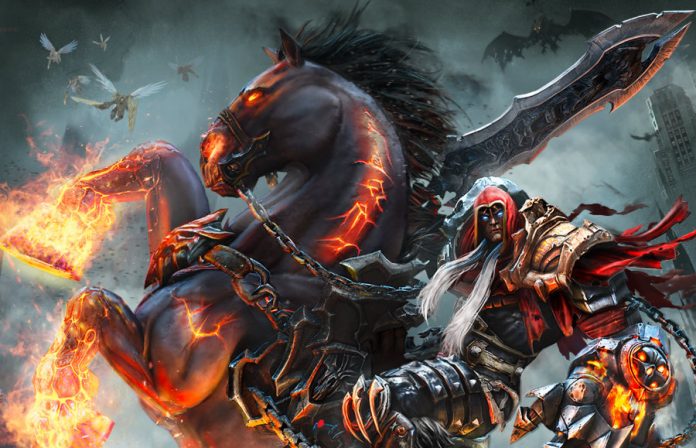 Earlier today Nordic Games announced a remastered edition of the Darksiders called Darksiders II Warmastered Edition, this remake will be released for all current-gen consoles. The release date was announced to be in late October. They also confirmed that the game would retail at $20.

After THQ’s collapse back in 2013, Nordic Games is the new responsible for Darksiders Saga. Last year Nordic Games released the first remake of one of the franchise, the game was called Darksiders: ‘Deathfinitive Edition,’ they claimed that it was only the start of this new saga.

In Darksiders, you will play a War, one of the four horsemen of the apocalypse. War will arrive at earth in the middle of the fight between heaven and the hell with humanity caught in the middle.

“Deceived by the forces of evil into prematurely bringing about the end of the world, War – the first Horseman of the Apocalypse – stands accused of breaking the sacred law by inciting a war between Heaven and Hell. In the slaughter that ensued, the demonic forces defeated the heavenly hosts and laid claim to the Earth,” narrates the video game trailer.

This edition as described by Nordic Games will include

Apocalyptic Powers: War will have a new set of moves as well as supernatural abilities that will help him destroy anything that gets in his way.

Extreme Arsenal: the game will feature a massive amount of weapons that will help War achieve his goal, these weapons include demonic, angelic and earthly weapons.

Epic Quests: With a new set of reworked and new quests, the game experience should be as addicting as it was back in the day.

Character Progression: Like the original version, you will start using War’s signature two-handed sword and once the game goes on you will unlock new areas, a new set of abilities, and even War’s steed.

Battle Heaven and Hell: War will destroy anyone standing in his quest for vengeance and redemption, be it spiritual forces or hordes of demons.

Nordic Games announced that the game would be available on October 25th, 2016, and it’s currently being developed by KAiKO, who also helped Nordic Games to develop Darksiders Deathfinitve Edition and the Legend of Kay.

After Darksiders Deathfinitve Edition the fans were expecting Darksiders 3 to be the next game in the franchise, but apparently, they will have to wait more time. This remake might give some hints on what the next game is going to be like, and hopefully, it will be as well received as the original one.