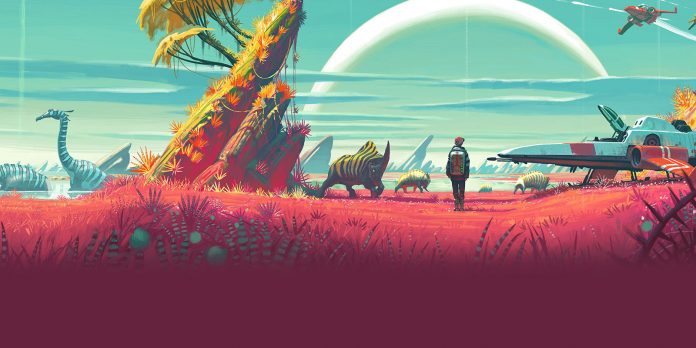 Today, we got to know that No Man’s Sky is finally launching on June 21st. There is another good news for the fans of the game out there, as the company has announced that a special edition of the game will also be launched that will come with an exclusively designed metal spaceship. The package will cost you $149.99 and it includes a copy of the game itself, though do note that it’s only available for the PC version, not PS4, and a 1:35 scale replica of the X-Wing-like craft seen in the game’s trailers and screenshots.

The ship itself is hand-painted and comes with a display case and a traveller pin for the Sci-Fi lovers. The package has been dubbed as “Explorer’s Edition”  and will be limited to 10,000 copies. It will also include a mystery item that will be revealed when the game launches.

Furthermore, the special edition was created through a partnership between No Man’s Sky developer Hello Games and iam8bit, a creative shop known for its stylish gaming merchandise. Along with the game, iam8bit will also be selling a vinyl version of the game’s soundtrack, with music provided by 65daysofstatic and art by Simon Stålenhag and Kuldar Leement.

“We’re excited for you all to play too, and we have some news a lot of you have been guessing at already. No Man’s Sky will have a full blown Blu-ray retail version! Sony has a history of working closely with indies, and this feels like some sort of culmination of that story. It means more people will have a chance to join us in exploring the universe than ever before. I can’t really imagine what it will feel like to walk into a shop and see our game on a shelf,” said a company spokesperson when asked to comment on the launch of the game.