Scientists at NASA’s Jet Propulsion Laboratory (JPL) held their annual pumpkin-carving contest last Thursday to celebrate Halloween. Teams of engineers and scientists came up with some designs truly out of this world, including everything from sophisticated machines to pop-culture references.

NASA’s pumpkin-carving competition comes as a much-needed break for the massive team of people at the JPL. The aerospace government branch has been in a row of discoveries later, including significant advancements from their Mars, Jupiter, and Pluto missions.

The Jet Propulsion Laboratory was founded on October 31, 1936, so this Halloween was also the perfect occasion to celebrate the 80th anniversary of the lab. The team at NASA did not go trick-or-treating this Monday, however, as it continues to be hard at work with their many space endeavors.

In the spirit of keeping Halloween creations up with NASA standards, the ‘rules’ of the JPL pumpkin-carving contest are almost as rigorous as those of an interplanetary mission.

While it is all in good fun and not judged by anyone, the contestants do stick to a set of rules for the competition. Aspiring pumpkin carvers got to pick their raw materials, aka pumpkins, the day before the contest to make all the necessary measurements and gather supplies.

The real fun starts on competition day. Teams of engineers, scientists and researchers gather on the campus of NASA’s JPL to carve their unique Halloween creations, but there is a catch: they have only one hour to do so. 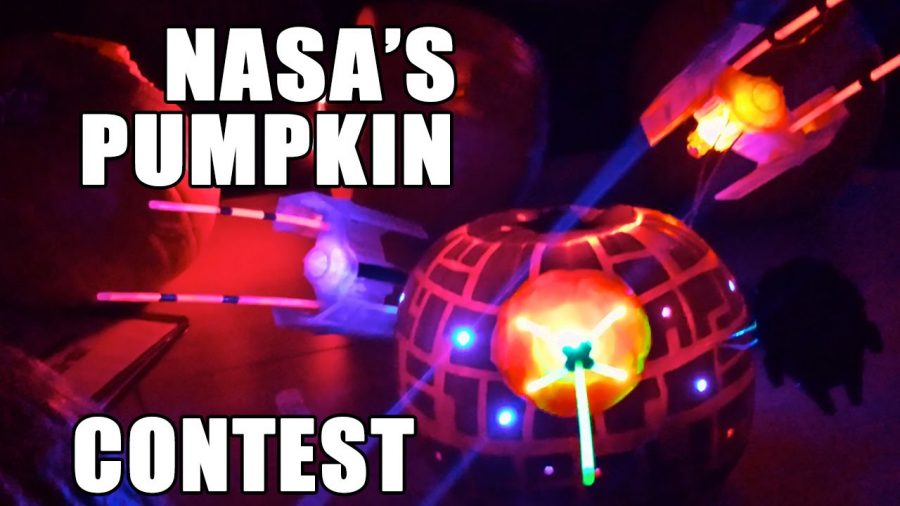 While the lighthearted competition has existed for a couple of years now, this year’s edition had entries from teams who went all in. For an afternoon, the Jet Propulsion Laboratory became a pumpkin exhibition just as impressive as professional, world-class events.

Other designs were more off-topic, yet impressive. Some notable examples included a functional BBQ pumpkin, a Demogorgon pumpkin from ‘Stranger Things,’ and an epic swing carousel pumpkin.

However, some fan favorites in social media were the final winners. The JPL engineer Aaron Yazzie posted live pictures of the competition to his Twitter account, much to the joy of Halloween and space enthusiasts alike.

Social media crowned a useless machine pumpkin the ‘winner’ of the contest along with a politically themed pumpkin featuring a giant meteor as a third option for the upcoming presidential elections of the U.S.

The Jet Propulsion Laboratory’s official Flickr page has a full gallery of pictures and videos of the amusing Halloween contest.