NASA’s Kennedy Space Center (KSC) is getting a closer look at the Hurricane Matthew. On Saturday, the KSC captured a unique image of the remarkable storm showing just how different it is from other hurricanes: it has a double eyewall.

The eyewall is the most destructive part of the storm. It is a ring of thunderstorms that produce strong winds and heavy rain, surrounding the eye of the hurricane. Storms of such magnitude are rare, and the NASA facility has never tested one before.

The storm barely missed the KSC and Cape Canaveral Air Force Station this Saturday. The bases were expecting a direct hit from Hurricane Matthew with all its Category 4 strength. Matthew passed offshore of KSC near Orlando with minimal damage. 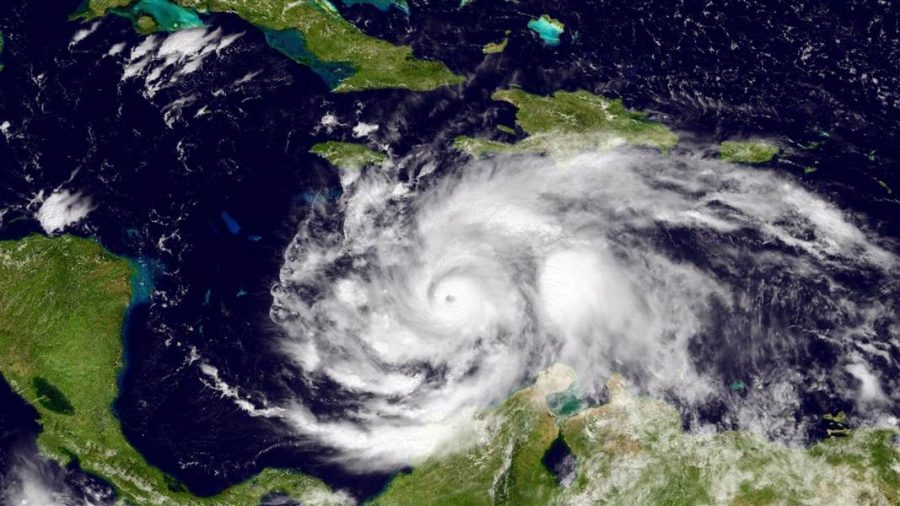 “At this time, there is observed to be limited roof damage to KSC facilities, water, and electrical utilities services have been disrupted, and there is scattered debris,” said NASA officials after the storm passed.

Cape Canaveral is one of NASA’s most valuable assets, but it has never tested high winds in a real scenario. In theory, the rocket-launch site compound can only hold sustained winds of 110-114 mph.

The National Hurricane Center (NHC) predicted heavy rain, 1 to 11 feet of storm surge and 140-mile-per-hour winds as the eye moved during Friday.

Hurricane Matthew has wreaked havoc in Haiti, eastern Cuba, and the Bahamas, and left an unfavorable impact on the Southeast U.S. states.

As it moved over the Southeast region, nine people died. The storm also has left over 2million households and businesses without power because of floods across Florida, North Carolina, South Carolina, and Georgia. The damage was increased as the storm moved up the Atlantic Coast, with torrential rain, powerful winds and storm surges.

Matthew’s rapid winds stole the lives of six people in Florida’s Sunshine State before moving to South Carolina. Matthew lost is magnitude further inland and became a category one storm. NHC predicts it will weaken as a post-tropical storm by Saturday Night or Sunday morning.

However, while a storm weakens, its speed increases, so the authorities recommend security measures during the weekend.

On its weakest state, hurricane Matthew left 9,000 people in shelters in Georgia. Officials of the state reported massive floods, debris, fallen trees and shut power lines across the state.