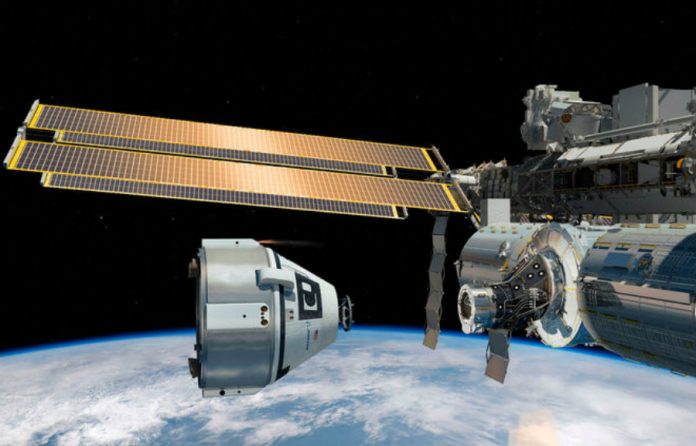 On July 21, 2011, the space shuttle Atlantis landed at Kennedy’s Shuttle Landing Facility Runway 15. With that, the flying days of the Space Shuttle Program came to an end.

After that last space shuttle mission, NASA’s astronauts knew that they would have to wait some years to visit space again. NASA is currently a year away from launching astronauts into space from the United States.

Nowadays one of these astronauts is taking initial test flights training at NASA while the other works for Boeing on their starliner crew capsule which is currently under development.

“Although we got to take the ride,” said Commander Chris Ferguson on behalf of his crew as they stood on the runway. “We sure hope that everybody who has ever worked on, or touched, or looked at, or envied or admired a space shuttle was able to take just a little part of the journey with us,” Ferguson added.

According to Christopher Ferguson, Atlantis’ commander, this new space age will be an industrial era instead of a government one. He says that there will be lunar camps, private Mars laboratories, orbiting factories and even new business like space tourism.

“We’re on the verge of commercially taking people back and forth to low-Earth orbit. This is practically unheard of,” Ferguson said earlier this month.

So far the only company to achieve this feat is SpaceX, but Ferguson, who works for Boeing, now said that Boeing’s Starliner shuttle would be ready to set sail to the International Space Station in early 2018.

On the other hand, even though SpaceX has managed to send a rocket back and forth to low-Earth gravity, this feat was achieved without a crew. According to SpaceX though, their Dragon capsule will be ready to be launched by the end of next year.

When Ferguson referred to space stations, he said that multinational space stations are likely to be replaced by commercial stations. He also stated that they are trying to set up the stage for a commercial habitation of low-Earth orbit.

Since the Space Shuttle Program came to an end, NASA has been sending American astronauts on Russian rockets, and they have also been relying on private companies to keep the station supplies such as SpaceX and Orbital ATK. As a matter of fact, The latest rocket to provide the plant was sent by SpaceX last Wednesday, and it was received successfully.

Even though NASA is not sending shuttles to spaces or rockets to supply the ISS, they are developing the capabilities needed to send humans to an asteroid by 2026 and Mars in 2030. These goals were outlined in the bipartisan NASA Authorization Act of 2010 and the U.S. National Space Policy 2010.

Mars, as described by NASA, is a vibrant destination for human and robotic exploration, it is also a destination set for scientific discoveries. Earth and Mars formation and evolution are very similar so getting to know Mars will help us understand Earth as well. At some point Mars even had suitable conditions for life and scientists are eager to know if there was life on Mars.

NASA has studied Mars with robotic explorers for more than 40 years now. So it would be logical to assume the next milestone is sending humans to Mars. Nevertheless, astronauts need to test new technologies and communications systems required for a human mission to success in deeper space. These kind of technologies and systems are the ones currently being tested in the International Space Station.

“Our next step is deep space, where NASA will send a robotic mission to capture and redirect an asteroid to orbit the moon. Astronauts aboard the Orion spacecraft will explore the asteroid in the 2020s, returning to Earth with samples.” wrote NASA on its official blog.

NASA said that this kind of mission would help them tests their new systems and capabilities, such as the new Solar Electric Propulsion. These experiences are mandatory to be able to send human missions to Mars successfully.

On the fifth anniversary of the last Atlantis flight, space station commander Jeffrey Williams said that he prefers to focus on the future, not the past. He also remembered that it was hard for everyone to retire the Atlantis, he said it was a great vehicle that fulfilled its purpose.

Hurley, one of Atlantis’ astronauts also spoke about how they turned out the lights the night before landing to take one last look at Earth from above and how the mission went perfectly well.
Atlantis is currently being displayed at the Kennedy Space Center Visitor Complex. Charles Bolden announced the decision to exhibit the shuttle at an employee event early 2011 to commemorate the 30th anniversary of the first shuttle flight. The show actually opened on 29 June 20013. The shuttle is displayed suspended with its payload bay doors opened, so it appears to be back in orbit around the Earth.