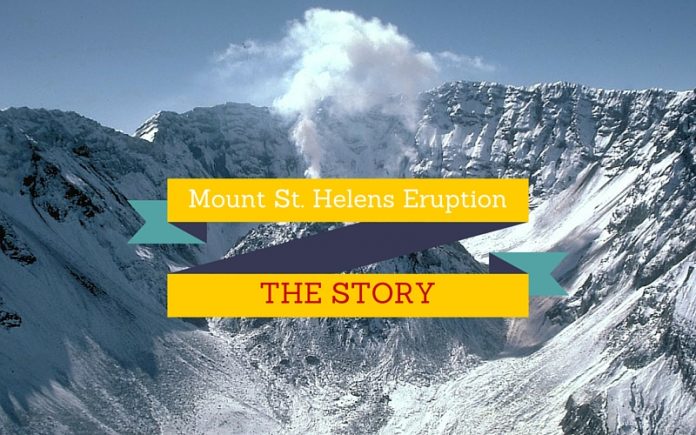 The Mount St. Helens eruption dates back to 36 years from today. In spring 1980, several weeks before May 18, the Mount St. Helens northern portion increased about five feet per day. On May 18, the ground base exploded violently and the volcano’s northern portion collapsed in a massive landslide. This resulted in huge amount of particles flying across 80,000 feet into the air.

Even after 36 years, scientists have been exploring how the volcano erupted and are cross-examining the past and present events on the location.

The impact resulted from the eruption of Mount St. Helens was so severe that it killed 57 people, destroyed 27 bridges and more than 250 homes situated around the location since there was a 1,300 feet elevation after the incident.

According to US Geological Survey, the volcanic activity in the 1980s and 2000s has delivered a huge amount of lava flowing onto the crater floor. Moreover, the domes, which are higher than the Empire State building, have restored nearly 10 percent of lost volume.

Commenting on the event, Michael Dungan, University of Oregon, revealed that after the 1980 episode, scientists are able to easily identify the potential warning signals delivered by sector-collapse eruptions.

Incidents prior to the eruption indicated the upcoming catastrophe

A series of small earthquakes was reported under Mount St. Helens just two months before the actual eruption. At around 8.32 AM PDT, an earthquake with the magnitude of 5.1 on the Richter scale struck. Within seconds, the volcano erupted and fell on the ground covering 230 square miles.

According to scientists who tracked the eruption, nearly 4 million board feet of timber became unusable after the eruption, which was enough to build nearly 300,000 two-bedroom houses.

Even though all those who died after the eruption of Mount St. Helens were identified, the death of Paul Hiatt and Doug Thayer triggered a major controversy. Since there is not much information available about these two men, the legal death certificates have not been issued as of today to them.

On the whole, the eruption of Mount St. Helens caused widespread damage to nearby areas which resulted in loss of property and income. As per the Washington State Department of Commerce and Economic Development, the total loss due to the eruption of the volcano 36 years back, was fixed at $969.8 million.