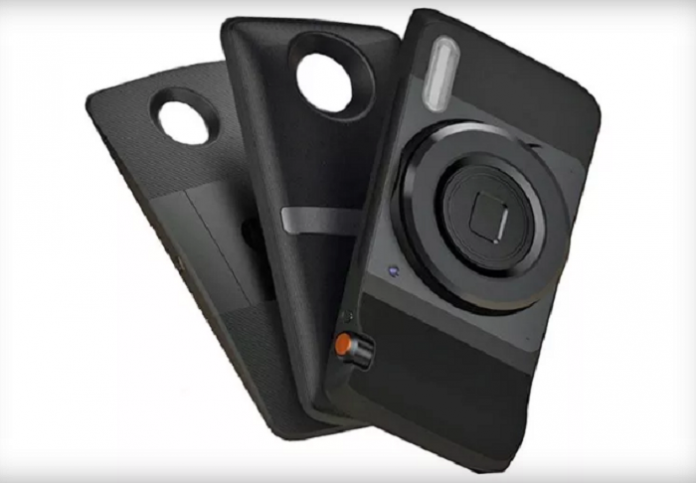 Amidst all the speculations, June 9 might just be the day when
Motorola unveils its 2016 flagship phones- Moto Z style and Moto Z
play.

As of now, there is no clarity regarding the situation but a lot
of people are eagerly waiting for the Lenovo Tech world show which is
supposed to take place in San Francisco on the aforementioned date.

If previous rumours are to be paid any heed, then we are looking
forward for the launch of two devices, both running Android
Marshmallow version. The phones are expected to come out with 5.5-inch
displays.

However, the most interesting part about these speculations is the
addition of modular features. Apparently, some of the reveals are
indicating that the upcoming Moto Flagships will feature removable
modular backplates knows as ‘Motomods’.

Evan Blass (a prominent device leaker, better known by his twitter
handle- @evleaks) has also posted some pictures on his twitter
account. The image shows a projector, JBL speakers and a Hasselblad
camera.

As of now, there is no news about the pricing of the devices but
according to some concrete reports; Lenovo is giving up the Moto X
brand and re-introducing with the Moto Z name.

Also, Moto Z style will have snapdragon 820 processor with 32
gigabytes of internal storage.

Housing a 3GB RAM with a 13-megapixel
rear camera, the phone will use a 2600 mAh battery to power all the
functions.

Whereas Moto Z play is powered by a snapdragon 625
processor with two storage options (16 and 32 GB), a 16-megapixel
shooter with an impressive 3500 mAh battery.

Although, the event will disclose all the details but, till then, the
rumour mills will stay abuzz.