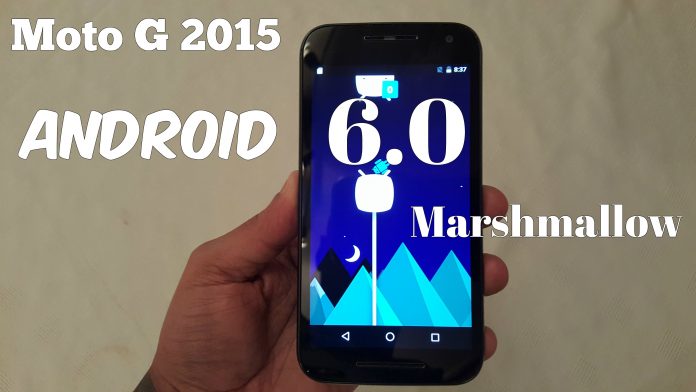 According to reports from various owners of the 2015 Motorola Moto G, the device is finally eligible to the much-anticipated Android 6.0 Marshmallow update.

The third iteration of the Moto G smartphone series, launched back in July, came with Android 5.1 Lollipop straight out of the box, whilst rumors regarding its Android Marshmallow update release date have been flooding the web ever since.

According Android news website, AndroidBeat, owners of the smartphone from all around the States and Canada have started receiving the update today. More specifically, the update is currently available for the North America and Canada unlocked variant (XT1540).

The Android 6.0 Marshmallow update for the Moto G 2015 was expected to make its advent into the series this week, since Motorola has heated up the ground with the launch of the software for the 2014-released Moto X earlier this week as well. 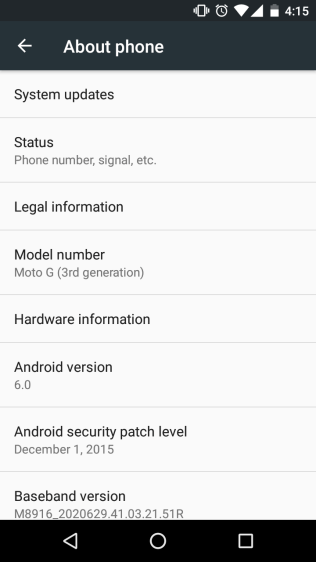 Besides all the Android M goodies, the new update removes the Migrate and Assist pre-installed apps, which should not really hit users as a surprise since the Lenovo-owned company had announced this change a few months back. This move is part of Motorola’s wider plan regarding its application ecosystem.

Google’s latest mobile OS version does not come with a lot of fancy features. Android 6.0 brings modifications in app permissions; Google Now on Tap feature; recently announced Android Pay mobile payment system, and new fingerprint APIs for developers amid others. Google has patched a few security issues from here and there as well.

If you wish to update your Moto G smartphone to the Android 6.0 Marshmallow update, open up your Settings app> About phone> System updates. The update weighs a whooping 2GB, so make sure you have enough internal storage free and that your battery is charged adequetly.

Did you download Android 6.0 Marshmallow for your Moto G smartphone? Let us know of your impressions in the comments below.