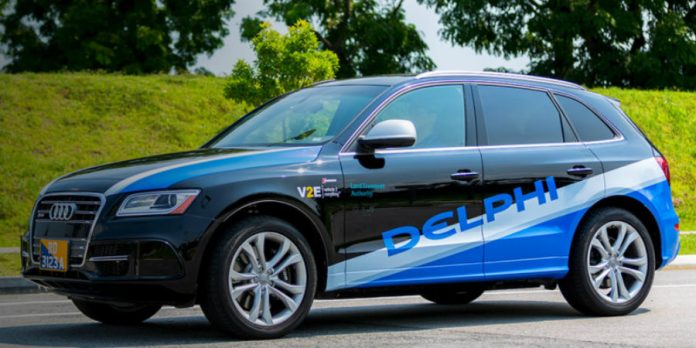 The companies are investing “hundreds of millions of dollars” in the project, said Delphi CEO Kevin Clark in a conference call on Tuesday when he disclosed the tie-up.

The companies hope the partnership will produce a high-end system to plug into any vehicle, from small cars to SUVs and trucks. Other automakers previously targeted late 2020 for an initial deployment of Level 4 vehicles, which require no human driver.

Mobileye, from Israel, is a key supplier of vision-based sensing systems; while Uk-based Delphi Automotive is a provider of automotive safety systems. The company recently tested its technology in an Audi SUV that traveled from San Francisco to New York City last year.

Shares of both companies lifted since the news of the partnership. Delphi’s gained 3% to 66.08 while Mobileye rose nearly 8% to $50.21, both on Tuesday morning.

Chief executive Clark said the alliance aims to unburden those automakers that feel comfortable with outsourcing critical technology development. They could appeal to smaller and midsize car companies that don’t have broad capitals to fund in-house research.

The technology will rely less on costly laser-guided systems, which bounce light off objects to assess shape and location. The system will be a more affordable system built completely inside the vehicle.

Mobileye Chairman and Chief Technology Officer Amnon Shashua said the result would be attractive to carmakers that might not have the funding to develop the tech on their own.

The pair will work on a “new level of driving intelligence” that will mimic a driver’s decision-making behind the wheel. The software will help push the schedule to their January 2017 demonstration at the Consumer Electronics Show in Las Vegas.