The Massachusetts Institute of Technology (MIT) developed a movie screen prototype that allows viewers to watch a 3D film without using glasses.

The prototype, called Cinema 3D, enables the depth perception technology to reach every single seat in a theater. Previously, similar improvements on the matter, like the 2011 Toshiba laptop, the Nintendo 3DS, or 3D television, only provide a single-user experience.

Funded by the Israel Science Foundation and the European Research Council, researchers from MIT’s Computer Science and Artificial Intelligence Lab (CSAIL) and Israel’s Weizmann Institute of Science presented a new paper at the SIGGRAPH computer graphics conference that shows the prototype of a 3D movie screen, dubbed Cinema 3D.

Although obviously not market-ready, MIT professor Wojciech Matusik enthused that the prototype, unlike others before it, is “the first practical approach” that allows watching 3D through a glasses-less and multiple-user experience.

The technology behind 3D TVs inspired the Cinema 3D

The scientists behind the Cinema 3D observed that viewers in movie theaters are limited by the width of their seat, and, thus, move their heads in minuscule range angles. So, by displaying images to a narrow range of angles and replicating them to all seats, the prototype comes to life.

Cinema 3D encodes multiple parallax barriers in one display and, as a result, each viewer sees a parallax barrier directed to their seat. Then, the Cinema 3D’s special optics system, equipped with multiple mirrors and lenses, replicate that range of views all over the theater.

The prototype is still very far from competing with the 3DTVs already out there but to Cinema 3D’s advantage, it didn’t have to cope with the fact of people walking around the house while watching the TV screen from different angles. Therefore, it has moved forward faster than expected, with the only problem being now to make it financially possible.

Whatever the end results are, Matusik thinks it is “an important next step in developing glasses-free 3-D for large spaces like movie theaters and auditoriums.” 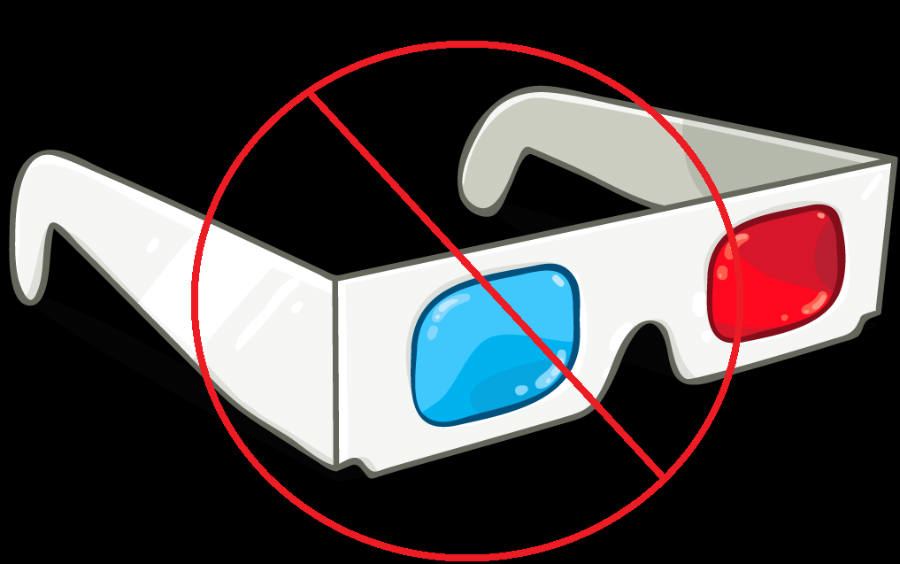 As of right now, the Cinema 3D prototype is slightly larger than an iPad and needs 50 sets of mirrors and lenses, but already boasts consistently high-resolution images.

Glasses-free 3D technology already exists, but not on the scale needed in movie theaters. The 2011 Toshiba laptop used facial recognition to convert to 3D, but only while the eyes of the owner are aligned with the webcam.

The Nintendo 3DS, launched in 2010, is equipped with 3D cameras that give the user an augmented reality sensation. Finally, 3DTV sets use parallax barriers to create a simulated sense of depth, by allowing each eye to see a different set of pixels. However, neither of these methods are practical for larger spaces nor apply for an audience, because they have to be at a consistent distance from the viewer, while moviegoers seat at different angles and distances in theaters.

Yay no more stupid glasses #MIT made a movie screen that brings #3D to all seats – without the glasses #OpenSource https://t.co/KgwZqwJgA4

Alternative methods, including one from the MIT Media Lab, involve developing physical projectors that cover the entire angular range of the audience but with a lower image resolution.

In the future, cinema screens could be equipped for 3D films, sending glasses into certain extinction.