A team of researchers from the Massachusetts Institute of Technology (MIT) and the Commonwealth Scientific Industrial Research Organisation (CSIRO) in Australia has developed an algorithm to teach computers about what terrifies humans.

The goal of the project is to use machine learning to teach computers to identify the different characteristics that make objects or faces scary and later let them implement and develop those features themselves.

The Nightmare Machine’s first attempts at scaring us

The researchers fed the Nightmare Machine’s artificial intelligence with two distinct deep learning algorithms, one that teaches the computer how to extract individual elements from a picture and apply it to another one, and a second algorithm for the computer to generate “imagined” faces from data already contained in it.

They write the term “imagine” between quotation marks to signal that an artificial intelligence does not have the ability to imagine things the way humans do but merely aims to produce the best results by using these algorithms and by attempting to copy the data provided to it by scientists.

The Nightmare Machine used data collected from an online poll that asked over 200,000 users to rate some scary images. After obtaining information from the survey, scientists tasked the machine with taking a regular non-scary image and transforming it into some that would be terrifying for humans. 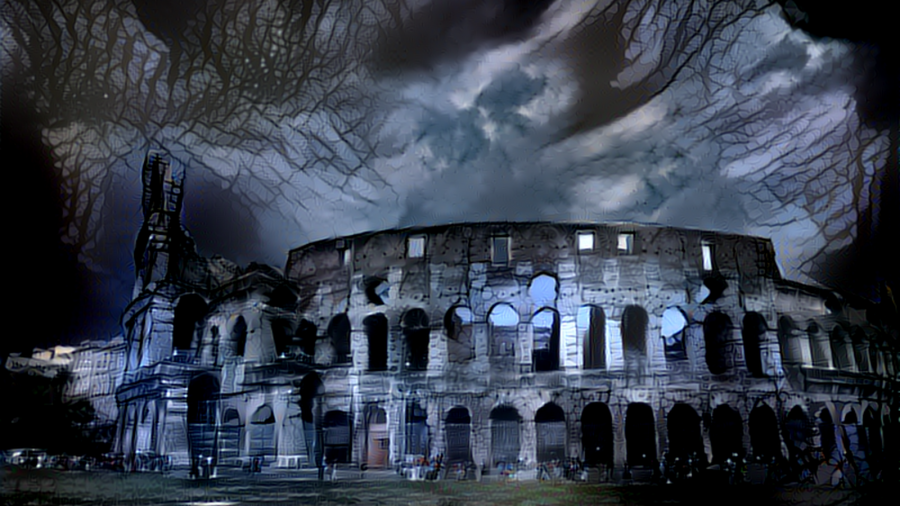 Researchers divided the project into two different areas, one that attempted to produce scary images from various photos of faces and another that took pictures of real-world scenarios and transformed it into scary places.

The team uploaded its final results to the Nightmare Machine official website. Users can look at how the algorithm added a spooky element to locations like The Colosseum, the Eiffel Tower, and Capitol Hill.

What this mean for the future of AI

“We aren’t taking this too seriously, and we want to have fun with it. But underneath is something very serious,” Dr. Manuel Cebrian told the Sydney Morning Herald.

He reiterated the importance of teaching AI machines about the way humans feel. By first teaching machines how to recognize what can be unsettling or uncomfortable for people, they are also developing technological advances for them to learn to avoid this behavior and focus into the comfortable and the soothing.