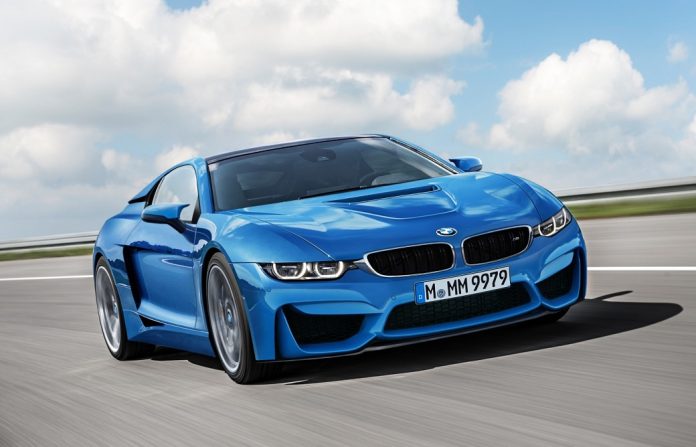 The limelight at CES 2016 is surely getting hogged by the BMW’s bold i8 iVision Future Interaction, but the German manufacturer has also showed off its mirrorless concept of the hybrid car.

Revealed along with several other new techs at the consumer electronics show at Las Vegas, the car looks entirely production-ready and features three wide angle cameras placed on the door mounts and rear window.

The cameras give live feed to the 300X85 centimeter screen that is placed just below the rear-facing mirror. The arrangement does take extra space but is placed in such a way that it doesn’t obscure the forward facing view of the traffic lights. Apart from looking trendy, this change is also very useful for the overall aerodynamics of the car, making the aerodynamic efficiency go up by three percent. By this improvement, there will also be an increase in the fuel efficiency by one percent.

Moreover, the cameras are made smarter too, eminent hazards will make yellow exclamation marks to appear and the camera also has a line guiding system to facilitate better reversing of the vehicle and other maneuvers.

Gorilla glass protection has been incorporated as well, thus avoiding getting obscured by dirt and debris. The Gorilla Glass protection also helps in keeping scratches away.

At present, there is no confirmed intention for the manufacture of this concept car, however, homologation to prepare the technology for production will start in 2016 at Europe and by 2018 at Asian markets. Overall, this tech does look promising for the future.