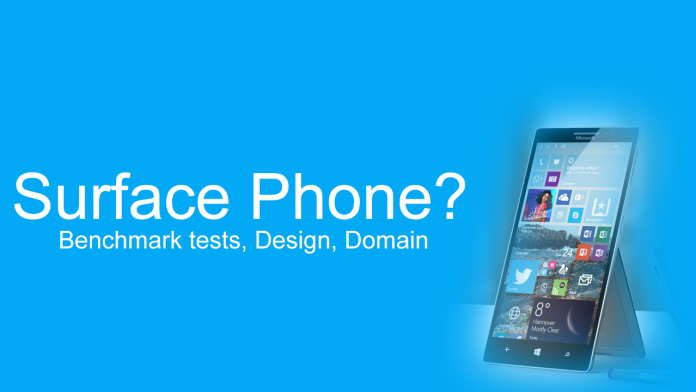 After Microsoft’s acquisition of Finnish mobile communication giant, Nokia, it seemed unavoidable that we are going to witness a Surface Phone experience, and with the information from latest rumors and leaks, it sounds like Surface Phone is on the way.

Hints about a better phone by a Microsoft executive

During a This Week in Tech’s Windows Weekly podcast, many reporters caught notes on what Microsoft’s Chief Marketing Officer, Chris Capossela, said. “We need more breakthrough work… with Surface we had a bunch of early misfires, but that notion of a tablet that could replace your laptop — that notion of saying, ‘Hey, Apple wants to sell you an iPad and they want to sell you a Mac, we think there’s one device that exploits the seam between those two devices’ — we need some sort of spiritual equivalent on the phone side that doesn’t just feel like a phone for people who love Windows“, continuing, “It has got to be a phone that’s sort of like ‘wow, that’s a real shocker,’ or ‘that’s a real breakthrough,’ and has got to make me pause before I buy my 17th iPhone, and we need time to actually go built that.”.

Capossela made no mention of whether this “breakthrough” phone will be a part of the Surface line, and this new information only reaffirms that the device is indeed being developed by the company.

A phone running Windows 10 and the Edge browser was spotted on the HTML5test benchmarking website in late November. According to PocketNow, the version of Windows 10 was never released outside of the company, while the Edge browser was older than the existing versions. It suggests the phone has been in testing for sometime, and is most likely the abandoned Nokia-derived device.

If you are still not bought on that, according to a reddit user, nok4us, Microsoft bought the domain surfacephone.com. They even redirected it to the main Surface website. Now this doesn’t still mean a lot, it’s far from a confirmation that Microsoft is readying a Surface Phone. Companies like to stay out of legal trouble by registering domain names that correlate with a current product. Upon a quick internet search, we found out Microsoft bought the domain back in May 2007. Bummer.

Building on that, Microsoft isn’t even using the surface.com domain, which they acquired in 1994, for its current crop of Surface devices, instead it redirects to microsoft.com/surface/.

Unfortunately, all we have about this topic are concept renders created by Nadir Aslam earlier this year. While the final Surface Mobile phone might not look like these renders, they give us an idea of what to expect.

The Surface Phone is likely a far road away from public eyes, but we will try to keep you updated on news about this Microsoft device.