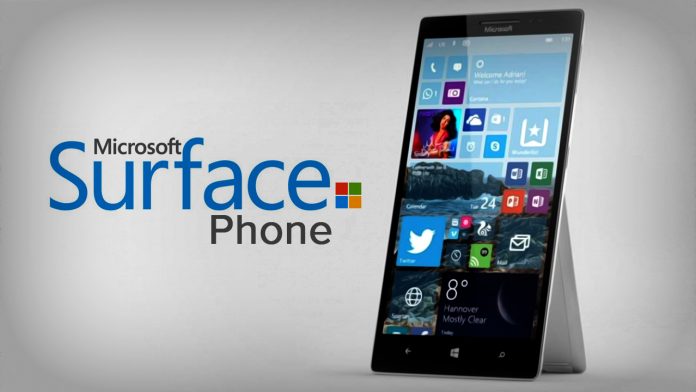 When Microsoft abandoned its Lumia series, a number of industry experts thought that the company will not manufacture any new smartphone series. This is because analysts estimated that the Redmond giant is planning to invest additional resources for the upcoming Surface Pro 5. By taking all users in surprise, Microsoft has announced the probable launch of Surface Phone in 2017. Here is what we know so far about Microsoft Surface Phone price, specs and release date.

According to reports coming in, the much-awaited Surface Phone is expected to hit retail stores by April 2017. The delay is due to the fact that Microsoft is looking forward integrating Kaby Lake, which is touted to be the next generation Intel processor.

Moreover, the upcoming Surface Phone will be equipped with the latest update of Windows 10 Mobile operating system, which will kick off later this year.

We believe that Microsoft is considering to infuse some new technologies, like pen interface and fingerprint sensor into the Surface phone.

Hence, the product team is willing to take more time to build the device, which will incorporate latest features.

If reports are to be believed, the Surface Phone will be released after the official launch of the upcoming flagship hybrid Surface Pro 5, and Surface Book 2 laptop.

On the specifications front, the upcoming Surface Phone is expected to ship in three variants. While the first variant will be equipped with 4GB RAM/64GB of storage, the second model will be integrated with 6GB RAM/128GB storage.

All of them are expected to bear the new Intel 14nm Koby Lake processor.

Microsoft is also currently building a roadmap for a high-end version of Surface Phone, which will be equipped with 8GB RAM and 512GB storage. There is also a possibility to release a premium model with 12GB RAM.

On the camera segment, the upcoming Surface Phone is expected to be equipped with at least 21MP camera and 8MP front-facing shooter. It is also possible to have different camera specifications depending upon RAM capacity.

Microsoft is expected to integrate 3,000mAh battery in all variants of Surface Phone, although it can change depending upon RAM flavor.

On a less relevant note, according to unconfirmed sources, Microsoft is also rumored to manufacture a signature edition Surface Pro, which will have the signature of Bill Gates.

With support for Microsoft Continuum without a separate dock, Microsoft Surface Pro will be available for consumer and business users separately.