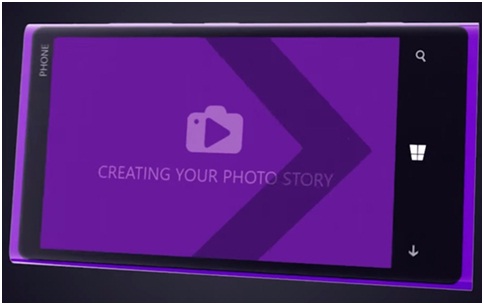 US – Microsoft (NASDAQ: MSFT) has launched a new Photo Story app specially designed for its Windows Phone 8.1 from its Garage division. The computer giant has named the Photo app as Photo Story due to its ability to automatically collect and arrange the best images to make a photo album in the best possible manner.

What does the Photo Story app do

Photo Story app is full-fledged app and is a product of Microsoft Garage Project. In addition to creating photo albums, it also offers editing and sharing tools and also various transition effects in order to make a themed video album. The Photo Story app aims to offer a variety of features in the single app so that the users can do everything without needing another app. At the same time, to add glorious effect to the video album; it allows users to add stylised music to the videos.

According to Microsoft, Photo Story app uses machine learning in picking the best images from a user’s camera gallery in a video. The app will get even better at recognising and sorting similar images over time. Also, Microsoft mentioned in a blog post that Photo Story app’s algorithm isn’t just looking for technical quality such as whether the image is blurry or not; or the exposure is correct or not. In fact, it is looking on the factor called ‘interestingness’.

Microsoft insists that the Photo Story app is pretty fast and won’t take much time in processing and will cut the waiting period wasted in uploads and downloads. Photo Story app will also support voice commands via Cortana; a virtual personal assistant. For instance, if a user commands ‘Story from today’; the app will begin organising the images of that day into the video. The app is available in the Windows Store for download.