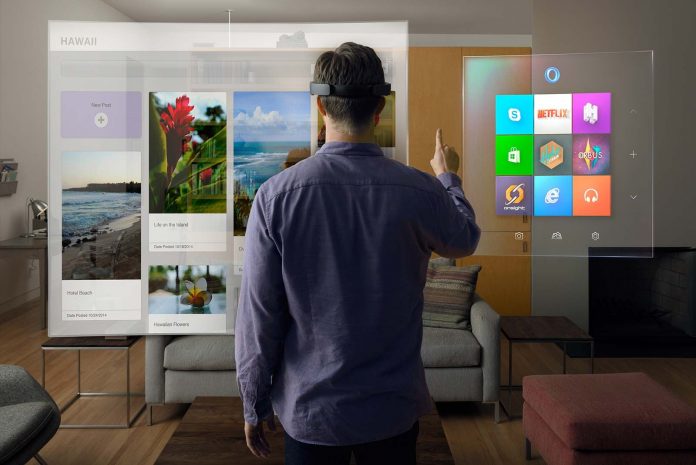 You can do a lot of impressive things with HoloLens, Microsoft’s augmented reality (AR) headset. But there’s a new thing Microsoft Research’s Interactive 3D Technologies (I3D) team has developed with the HoloLens and the whole concept is quite mind-boggling.

A YouTube video posted yesterday shows people in two difference places teleporting into the same room using HoloLens and interacting with each other. Later, the video shows a person playing back the recorded footage that includes him, and even miniaturizing the footage, just like in the movie “Minority Report.”

Throughout history, there have been instances where holograms have made significant changes in the way a thing is perceived, for example, in 2012’s Coachella, Snoop Lion (formerly and currently known as Snoop Dogg) and Dr. Dre brought deceased rapper Tupac Shakur back on stage through the magic of holograms. Indian Prime Minister Narendra Modi amplified his election campaign through the power of holograms. Now, it looks like Microsoft is taking the holographic route in its augmented reality (AR) headset, the HoloLens, to bring people closer to each other.

As Redmond likes to call it, the Hololens is a portmanteau of hologram and teleportation. To be very descriptive, it is basically an experience that you would get through the combination of Skype with Augmented reality and the ability to play back the content whenever you want.

The setup for the AR headset is quite simple and doesn’t require the use of a lot of hardware components. All you need are 3D cameras that are set up to capture the action from different angles and the HoloLens headset. The person with whom you are interacting with needs to have a similar setup. The two of you can then interact with each other as if you are in the same room.

However, the images that we see are hardly that great. That along with a price tag of a whopping $3,000 for the developer kit does add to the reason of why we should wait for the technology to develop more before considering buying it.