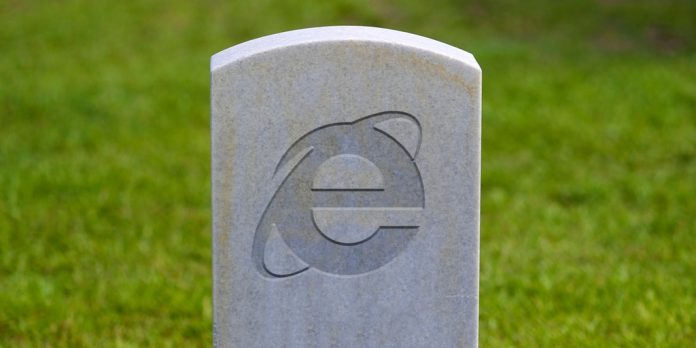 Microsoft has just revealed to the public that it will be killing off the majority of the Internet Explorer web browser installments, including 8, 9 and 10, with 11 set to live a tad longer. The particular info should not strike you as a surprise as rumors regarding this move have been floating around the web for a few months now.

Moreover, a few weeks back, the company pulled the plug on its obsolete Zune Music service as well, which has been sitting on the shelve for years now. Both shutdowns seem to be part of MSFT’s wider plan that includes ceasing operations of a selection of tools and services that should just pave the way for the company’s complete Windows 10 revamp, that took place during last summer.

In case you are not familiar, shutting down the aforementioned IE variants means that Redmond will no more support or update them, as well as the risk of becoming victim of hacking or malware will increase at alarming rates. On the given date, Microsoft stated that it will release a patch developed in a way to encourage users of old IE versions to move on to the latest one, IE 11, or even Microsoft Edge, if they are using Windows 10.

ComputerWorld’s research suggests that a whopping 340 million people are still using Internet Explorer 8,9 and 10, hence transferring this amount of users to newer platforms won’t be just a matter of a few weeks.

Microsoft responded to users asking what the shutdown means through a blog post:

“It means you should take action,… After Jan. 12, 2016, Microsoft will no longer provide security updates or technical support for older versions of Internet Explorer. Security updates patch vulnerabilities that may be exploited by malware, helping to keep users and their data safer. Regular security updates help protect computers from malicious attacks, so upgrading and staying current is important.”

Nevertheless, users who still favor using the specific versions of IE will be able to do so – at their own risk -, while Internet Explorer 11 for Windows 7, 8.1 and 10, will still receive support and updates directly from Microsoft.