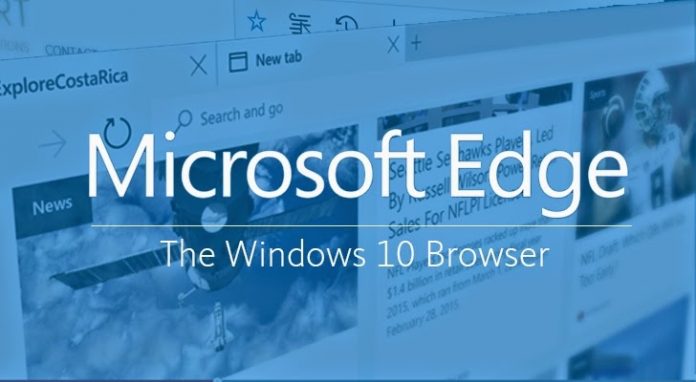 As the launch date (29th July) of Windows 10 is coming closer, Microsoft has recently claimed that its new browser in Windows 10, Microsoft Edge, is much faster than Google Chrome and Apple Safari.

With the release of Windows 10 build 10240, Microsoft claimed that the performance of new Edge browser has improved to a greater extent. The software giant has already shown that Microsoft Edge runs much faster than any other browser when using Google’s Octane 2.0 and Apple’s Jet Stream JavaScript benchmarks.

Gabe Aul, Head of the Windows Insider program, has posted on the official Windows Blog saying:

“The Edge team has been continuing to optimise performance since first adding the new browser to Windows 10. In this build, Microsoft Edge is even better and is beating Chrome and Safari on their own JavaScript benchmarks:

We’re really pleased with those performance gains and we hope that you’ll enjoy faster browsing with Microsoft Edge along with the many great features we’ve added over the last several builds.”

Microsoft Edge is much faster, leaner, and have more advance features than its predecessor browser. It is integrated with Cortana, offers more surface area to browser tabs and has got better screen distribution so as to fit more content into it.

If what Microsoft claims is true, then, it will be the biggest thing to happen in the browser world. In fact, this will urge other browsers also to improve their performance and move towards more optimization and innovation.

One thing to note down is that, Microsoft will continue to offer IE 11 in the market so that businesses keep using legacy web apps without any urgent need of updating to Microsoft Edge.