Another season, another death. AMC premiered the seventh season of its acclaimed survival drama ‘The Walking Dead’ last Sunday night. Fans of the show were excited to see their favorite characters once again, but they were soon met with an unexpected plot twist.

Season 6 wrapped up last year on a massive cliffhanger that left audiences on the edge of their seats. People have waited more than a year to find out what happens to the beloved cast at the hands of a Negan, the latest villain to threaten the crew.

Sadly, ‘The Walking Dead’ fanbase was right about their suspicions. The comic book in which the show is based had previously hinted at last Sunday’s happenings during the first episode of the season. Negan’s retaliation was too much for some viewers and critics, who have expressed mixed feelings about the premiere.

By now, most devoted viewers of ‘The Walking Dead’ already know what happened: Abraham and Glenn are dead. The two members of the Survivors crew were longtime fan favorite characters of the show, and their demise was no short of violent.

Negan, the leader of the Saviors group portrayed by Jeffrey Dean Morgan, gave fans a much-deserved resolution to their year-long questions. The psychopath took to his reliable weapon Lucille to bash both Abraham’s and Glenn’s craniums repeatedly in front of the other survivors.

Both the extremely violent nature of the act and the unexpected end of the two beloved characters have been subject to thousands of reactions from internet users. The memes did not make themselves wait, and now we bring some of the best to cope with the loss of Glenn and Abraham.

An experienced YouTube user by the name of kristo499 wasted no time to recreate the episode’s most shocking scene. The attention to detail is surprising, although that doesn’t make it any less sad for followers of ‘The Walking Dead.’

A tweet reading just “God I’m suicidal #TheWalkingDead” accompanied by a baseball emoji perfectly captured the feelings of a large part of the show’s fandom. A callback in images to a previous season of the show just reassured fans of one thing: Glenn was gone too soon.

ALL GLEN WANTED TO DO IS SIT ON THE PORCH WITH MAGGIE AND WATCH THEIR LITTLE KID GROW UP AND #thewalkingdead pic.twitter.com/3AsamZ3pu3

Twitter user @mazesearcher knows that no one is better than Oprah to convey emotional reactions. Glenn had dreams alongside Maggie and her child, but thanks to a barbed-wire-wrapped bat to the head those dreams won’t be coming true anytime soon. 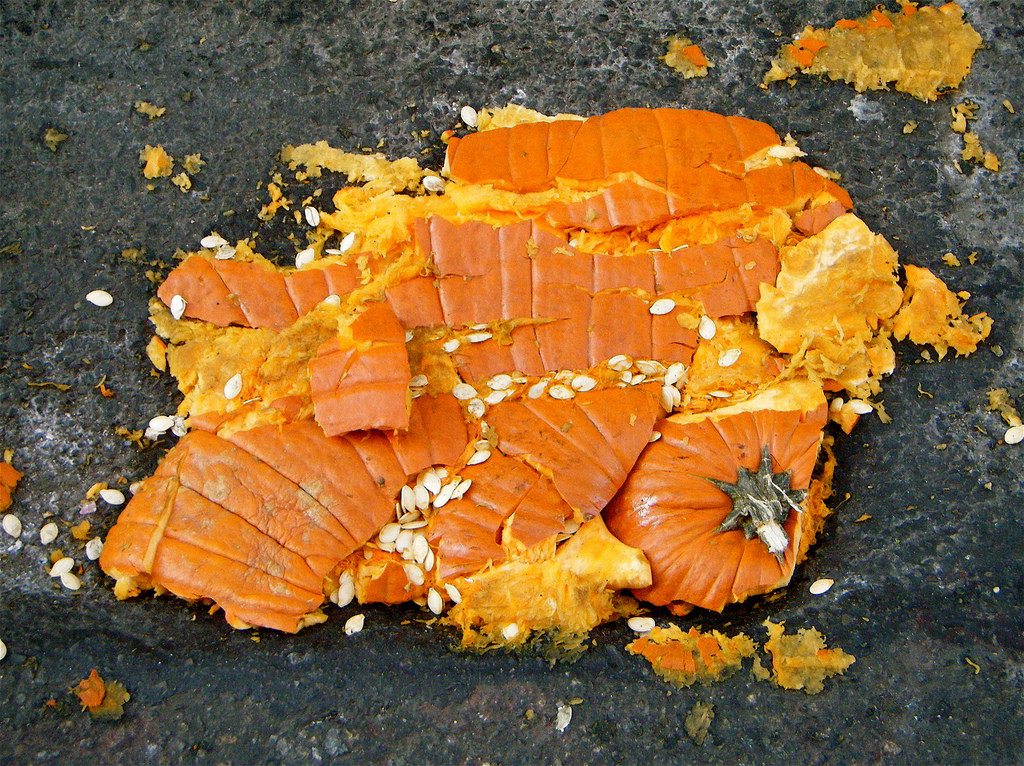 Reddit user /u/slightly_illegal posted to the /r/toosoon subreddit an image of his unique creation inspired by the show’s season premiere. Just in time for Halloween!

“At least he only killed one of our people.”

Glenn’s death has been nothing short of controversial. It has caused division among viewers who blame Negan and others who blame Daryl for disturbing the villain and causing him to react violently against the Survivors.

The spite against Daryl runs so deep that it inspired the creation of the /r/F***Daryl subreddit and this piece, the third most upvoted post on the sub. 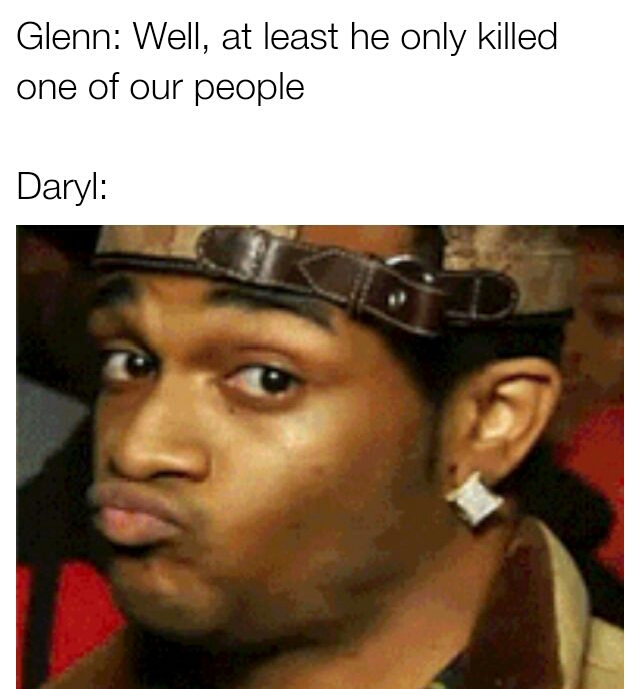