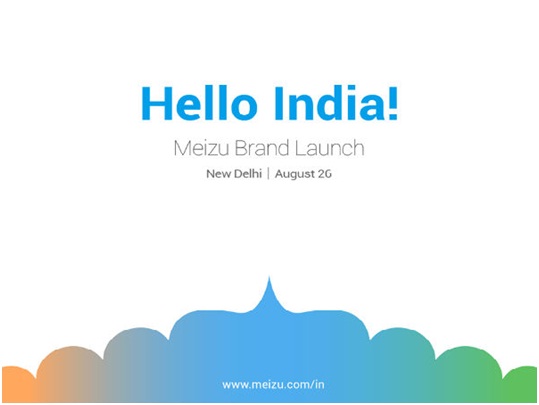 India – Meizu, a Chinese smartphone maker, is all set to host an event in Delhi, India on August 26, 2015. The Chinese company has put a poster on the Facebook page where they are displaying the information about the Meizu Brand with other details like date and place of the event. The Chinese smartphone has still not disclosed the product which they are going to launch at the event; but it is expected that they are going to announce its flagship MX5 smartphone, which was first announced in China in June earlier this year.

Meizu, the Chinese smartphone maker to make a debut in India

Here is what Tim Zhong, overseas sales and marketing head for Meizu said in the conversation with Gizbot–

“It’s a brand launch, and we will talk about the products (at the event).” He emphasised on keeping the news for the August 26, though he did hint at announcements around the MX5 at the event.”

Till now, Meizu already has its presence in the market of different countries like Hong Kong, UK, Germany, France, Spain, Israel, Russia, Ukraine, Indonesia, Thailand, etc. While hosting the event in India, this Chinese smartphone company has expressed its intention very clear that they are expanding their business in different parts of the globe. It may happen that in future, more countries will be added to the list.

Here are the key features of a Meizu MX5 smartphone:

Other than above listed features, MX5 as features dual-SIM configuration with LTE support, Wi-Fi 802.11 AC, Bluetooth 4.1. Now it’s just a matter of few days, then everything will be clear regarding the announcement of this new Chinese smartphone in India.