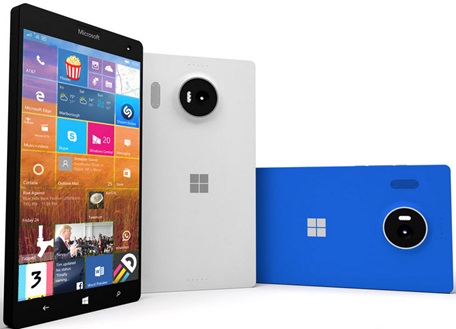 Come July 29th and Microsoft (NASDAQ: MSFT) will release its new operating system, Windows 10, in the market. If you thought that Windows 10 is all about PC’s and Laptops,  here is a story that reveals that the big giant has some special plan laid for smartphones as well.

Microsoft is said to release two new Windows 10 operated Lumia smartphones called Lumia 950 and Lumia 950 XL this year. The codenamed given to these smartphones is Cityman and Talkman respectively. Although these names sounds catchy, Microsoft will not use them for marketing and selling purposes and new names could be decided by September.

These two new Microsoft’s Lumia range of flagship smartphones is said to come with the additional features of a new USB Type-C port, wireless charging capability, and iris scanner, along with the features that is being added with Windows 10 OS itself.

In terms of hardware and design, both phones are expected to showcases the utilities of Windows 10. Although they may still have the same Lumia designs, they do improve on many of the shortcomings of the previous releases. For instance, the inclusion of 32 GB of internal storage and a micro SD card is something many users have asked for in the past. As per the rumors the larger XL version may have a Surface Pen as well.

So if all the leaking reports are to be believed, we may have a real gamechanger for Microsoft on the cards. However, as this  information is not officially confirmed by the company, expect some changes after the actual launch.