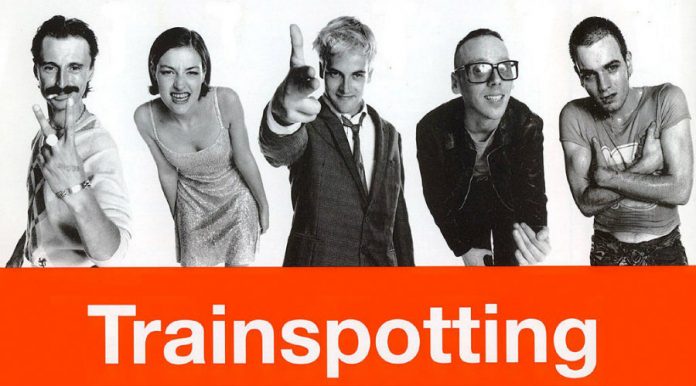 More than twenty years after Danny Boyle’s 1996 dark comedy Trainspotting, fans finally got a peek at the long-awaited sequel. The first teaser for next year’s Trainspotting 2 was released today and has a February 3, 2017, release date in the United States.

The gang is back!

The first teaser of the sequel to the 1996 film Trainspotting was finally released, only revealing that the gang is indeed back. Ewan McGregor, Ewen Bremner, Jonny Lee Miller, and Robert Carlyle have not let down fans. Director Danny Boyle and writer John Hodge returned as well. T2: Trainspotting 2 is expected to hit theaters on January 27, 2017.

Trainspotting was met with both commercial and critical success, becoming a cult classic thanks to the film’s huge impact on popular culture. The British Film Institute (BFI) ranked Trainspotting in 10th place of the Top 100 British films of all time. In 2004, the film was voted the best Scottish film of all time in a general public poll.

In December 2015, following years of wait and speculation, Sony’s TriStar Pictures acquired worldwide rights to the film, and the return of the original lead cast was confirmed. The film will be set twenty years after the events of Trainspotting.

In March 2016, principal photography on the film surprisingly began in Edinburgh, Scotland, according to director Danny Boyle. Filming was previously scheduled to take place in May 2016.