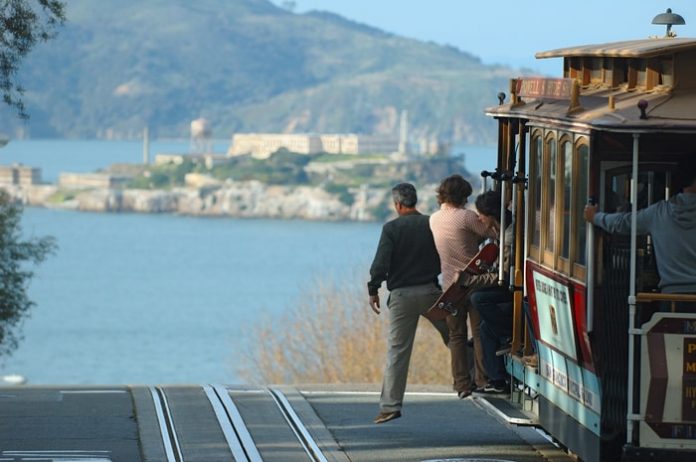 We all feel stressed sometimes, but the environment in which we live can exacerbate that stress. Some parts of the country tend to produce more anxious people than others.

Not surprisingly, Los Angeles and New York top the list. Los Angeles has a lot of traffic, high unemployment, and a high cost of living. In New York, the cost of living is even higher, and finding a decent place to live can feel impossible.

But you probably already knew that Los Angeles has too much traffic and New Yorkers can never find an apartment. Here’s a look at some other stressed-out locales, as well as how to cope if you find yourself living in one of those places.

In the nation’s capital, traffic is frustrating and the DC Metro is infamous for catching on fire. But while a horrible commute can really mess with your emotions, that’s not the only reason DC residents are living on the edge.

A popular Reddit thread titled “Best places to cry in DC” also called the city “young and anxious”. Many people go to Washington to try and make a difference politically. Some are more idealistic than others, but the toxic atmosphere can harden up even the most earnest public servant. It’s a pressure cooker, and people who move there don’t always have a ton of support from their social circles.

The trained team at Therapy Group of DC sees clients who are neurotic and at risk of burning out every day. Therapy can go a long way towards helping people figure out what they really want since many assume they have no choice but to stay in Washington and keep grinding.

Some people may truly be happiest adjusting their life a little and staying in the city, while others should consider getting away to a more relaxed environment.

If you like wide-open spaces, Chicago is not the city for you. Sure, it has a lot of great cultures and great food, but it’s also crowded and cold. In January 2019, Chicago saw 13 days of measurable snow, followed immediately by a cold snap so severe that it was known as a “polar vortex”.

Some residents may also feel stressed out by the fact that Chicago sometimes gets overlooked in favor of cultural centers on the East and West Coast, like the aforementioned LA and NYC. Finding a job can be hard in the Windy City, and once you do find a job, good luck getting there and clocking in on time. It may not have the status of more coastal cities, but it has traffic that is just as bad or worse than those places.

Therapy is beneficial to Chicago residents, but not just the talk kind. They can also look into light therapy via sun lamps. A little light in the middle of a long winter can go a long way towards curing the blues.

Getting around by car is a nightmare, but public transit is better than most other cities of a similar size. Unemployment is low, at least, but that doesn’t mean every job is going to pay enough to live a nice Northern California lifestyle. But if you can make it work, you should find comfort in the weather.

It’s mild pretty much all year-round, which means you have plenty of opportunities to go outside for a run, walk, or bike ride. Exercise has proven mental health benefits, and it’s one of the most popular ways to destress in San Francisco.