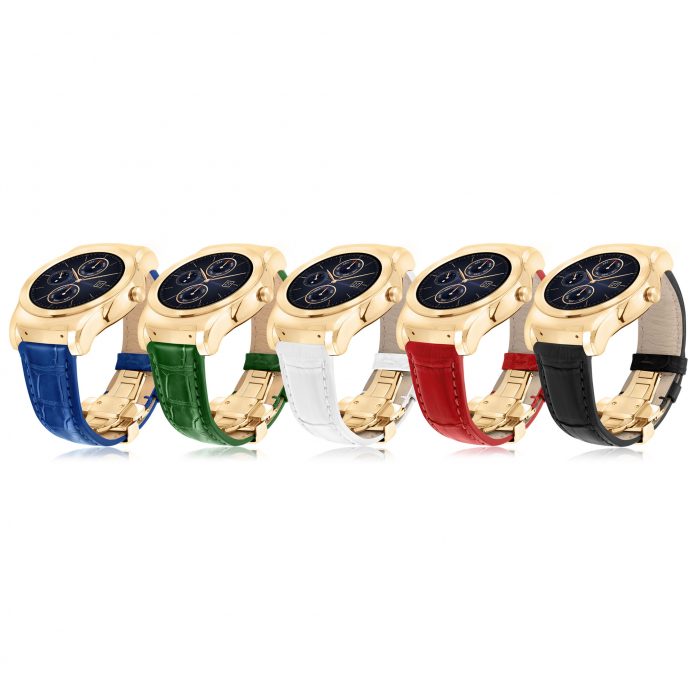 The LG Watch Urbane Luxe is one more smartwatch that fallows the Apple Watch pattern, with golden case.

The design is not very different than the original model. The biggest and most noticeable difference is that the frame is made of 23 carat gold and not 24, due to the fact that the company wants to make it more hard and resistant. This smartwatch seems luxurious from every point of view and on its every detail. LG claims that the case has been created in different steps by 30 designers while the leather strap -made by alligator leather- has been processed in 50 different steps. All that is a big surprise given that LG is a company involved mostly in the tech industry so not many of us would expect it to pay such attention to the appearance of a smartwatch to the point where it looks more like a premium watch.

And with all that said, let’s move no to the technical features which is what concerns us all the most. Now, you might not be very impressed here, as the technical features are not different than those of the LG G Watch Urbane. This one just gives you a more luxurious touch. As a matter of fact, LG plans to release only 500 pieces of this model. The 1,3inch screen has a 320 x 320 resolution, with a Snapdragon 400 1,2GHz processor, 512 MB of RAM and 4 GB of internal storage. The operating system is the Android Wear 1.3, which was recently renewed as well.

The price tag in the United States will be $1200. The LG G Watch Urbane Luxe will of course make its appearance during the IFA 2015 in Berlin, the first days of September.