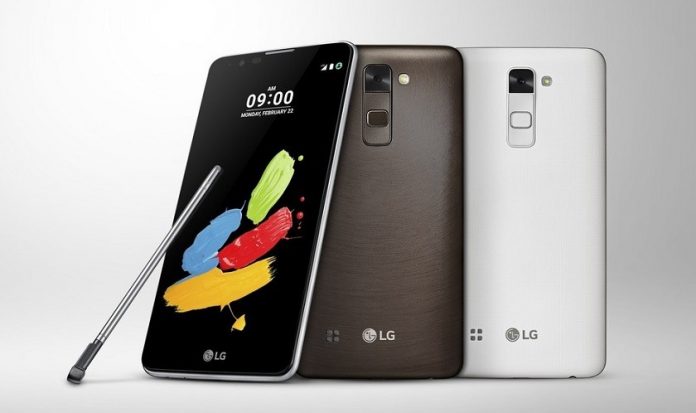 Just a few days after the official release of LG Stylus 2 Plus in Taiwan at $340, the company has announced that the device will be launched in India including South America, North America, and European countries, before the end of July.

Even though the Stylus 2 Plus is designed similarly to that of the Stylus 2, the device offers enhanced specifications and features.

Commenting on the launch, Juno Cho, president of LG electronics disclosed that the LG Stylus 2 Plus offers users a spacious premium display with rich content and better sunlight visibility, powerful multimedia functionality, including a never seen before writing experience at a highly competitive price.

Cho revealed that the new smartphone is a product manufactured out of constant refinements based on user feedback.

On the specifications front, the LG Stylus 2 Plus features a 5.7-inch FHD display, Snapdragon 430 processor with a clock speed of 1.4GHz, 2GB RAM paired with 16GB internal storage.

For Taiwan-based customers, LG has manufactured another variant of Stylus 2 Plus with 3GB RAM and 32GB default storage space. However, in India, we can expect 16GB model, although the availability of 32GB can’t be ruled out.

While the 16GB model is equipped with a 13MP main camera coupled with 5MP front-facing shooter, the 32GB variant features the same 16MP rear camera sensor but an improved front camera with 8MP lens.

Powered by a 3,000mAh battery, the LG Stylus 2 Plus is available in brown, titan, and gold color variants, while it also comes with Android 6.0.1 Marshmallow, which is the latest platform, packing a wide range of features like power enhancements and Doze effect, among others.

Even though the previous predecessor offers nano-coated tip pen, the pen included with Stylus 2 Plus offers improved accuracy, which was lacking in both Stylus 2 and LG G4 Stylus.

To recall, LG had launched its first ever modular G5 smartphone with Snapdragon 820 and 4GB RAM coupled with removable battery slider in India at Rs. 52,990.