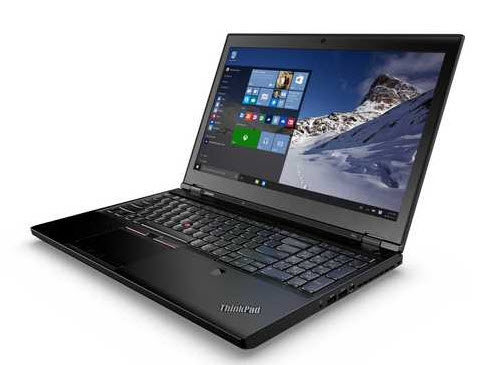 Lenovo recently presented its new mobile workstations, models P50 and P70, which are the first products designed by that company carrying an Intel Xeon processor.

Those two new additions of the ThinkPad P series created by Lenovo, are mostly targeting businessmen that wish to purchase a trustworthy solution of high capabilities and performance. The company doesn’t seem to have put much weight to the design so don’t expect to find anything more than a good-looking decent design. The P50 has a 15.6inch screen while the P70 is a bit bigger with a screen of 17.3 inches. As for the processor, there are not many details given but we do know it is going to be an Intel Xeon E3-1500M, which has been designed based on the Skylake architecture. But besides the processor the RAM is also pretty impressive as it will be DDR4 and will be able to go up to 64GB.

The SSD disk will reach up to 1TB, while in the case of the regular hard disk, the capacity can go as high as 2TB! And since we’re talking about workstations and not just conventional laptops, there will be Thunderbolt connectivity, along with HDMI 1.4, mini DisplayPort 1.2, ExpressCard, SDXC. The P50’s weight will be approximately 2.5 kilos whereas the P70 will be slightly heavier (3.4 kilos)

Price in the United States will be $1599 for the P50 and $1999 for the P70. The operating system as you can guess, will be the brand new Windows 10, while the owner will have the ability to make a downgrade to Windows 7 if for any reason it works better for him. Surprisingly enough, there will also be a Linux version for those who want to try something different.