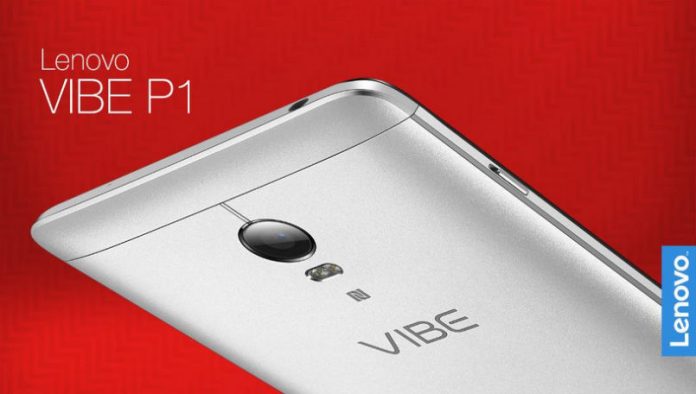 Lenovo has been topping the headlines in India lately, with the release of two new tablets and three smartphones. When it comes to the latter, add yet another handset, since the company will be launching its Vibe P1 phablet tomorrow, October 21st.

Underneath the hood, the phone houses Qualcomm’s 64-bit ota core Snapdragon 615 processor clocked at 1.5GHz clubbed with 2GB of RAM and an Adreno 405 GPU. Internal storage capacity is 32GB, expandable via microSD.

In terms of connectivity, the Vibe P1 boasts 4G LTE antennas, 3G, WiFi, Bluetooth 4.1, GPS and microUSB v2.0. In addition to these, the handset features hybrid card slot, meaning that they can be used for both a SIM card as well as a memory card.

To accommodate the full HD 5.5-inch display, Lenovo has included a humongous 5,000mAh battery, which is fair enough for the particular spec sheet.

The Lenovo Vibe P1 is powered by Google’s Android 5.0 Lollipop operating system with a layer of Vibe UI upon it, while it is highly probable that it will be eligible for the Android 6.0 Marshmallow update too. Though, regarding the latter, no official statement has been issued from neither sides yet.

As aforementioned, the device will be released tomorrow in India, and it will cost around Rs. 20,000. It will be available in Platinum, Gold and Graphite Grey color variants, while circulation to the market is expected by the end of the month.

Are you planning on picking up the Lenovo Vibe P1? Let us know in the comments below.