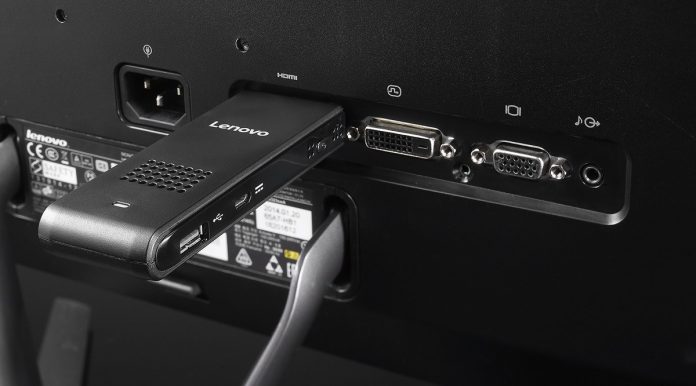 Lenovo (NASDAQ: LNVGY) has just announced its new entry to the PC market; the Stick 300, which primarily is a USB that carries a personal computer inside and retails for $130.

Τhe computer will have Windows on board – Windows 8.1, eligible to Windows 10 upgrade – and its size is simply phenomenal. Based on the device’s specs sheet, the gizmo is only 3.94-icnhes wide, 1.5-inched deep and 0.59 inches high – hence the comparison to a USB stick.

Under the hood, the Stick does not pack any astonishing specs, though for a first generation it is good enough. The mini PC rocks an Intel Atom single-core chip along with up-to 2 gigs of RAM and 32GB of storage capacity. The device carries WiFi and Bluetooth 4.0, an HDMI and microUSB 2.0 port – sorry, no Type-C USB here – and a microSD card slot. There is also a small speaker on the Stick’s body. 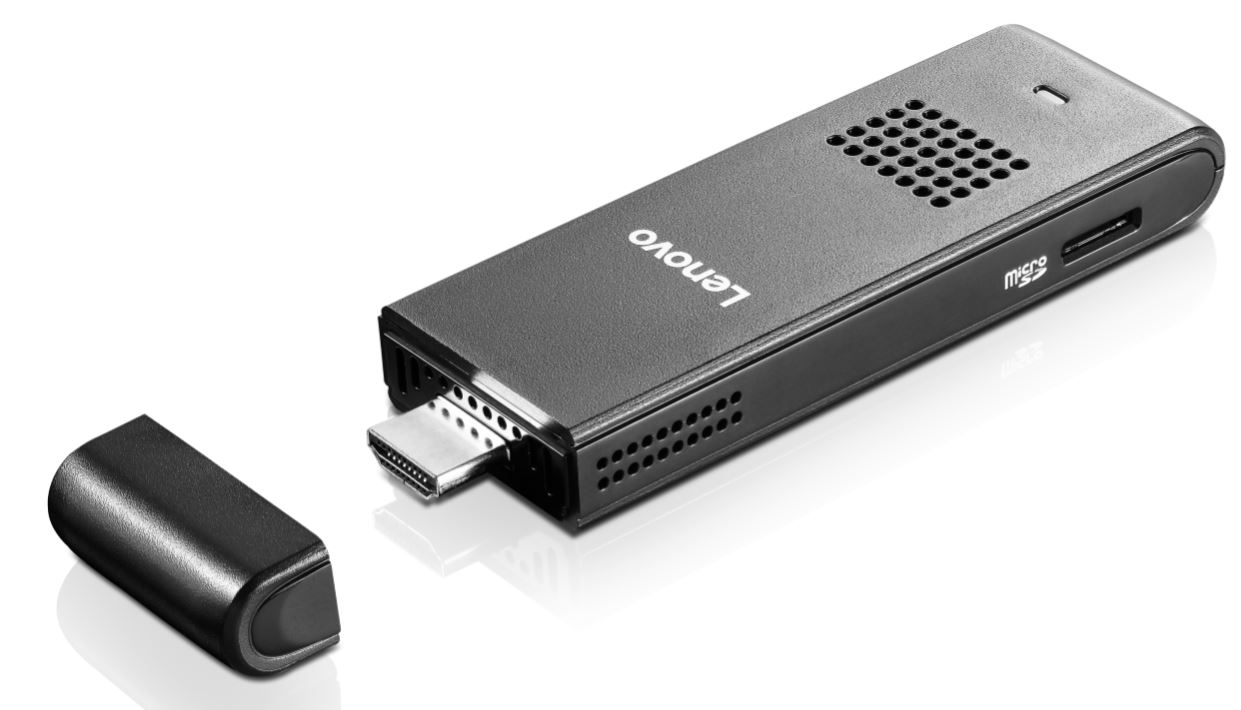 To make this work all the user has to do is plug the Stick to an HDMI port – PC monitor, TV etc.- and have a wireless keyboard and mouse; and you are good to go. According to Lenovo itself, the device is capable of light-gaming, web browsing and video chatting – like a tablet more or less. Moreover, the corporation has apparently closed a deal with Microsoft (NASDAQ: MSFT), offering a three-month free trial for Office.

The Stick 300 is a great initiative, amid the first of its kind and overall a unique idea. With the right strategy, the particular project has a lot of potential; so the world’s number one PC maker can certainly push the envelope with this one and compete with Intel’s and Microsoft’s counterparts. If you look at this from a certain perspective, there is a whole new market that can be based on this type of computers.

“We’ve looked at the computing needs of travelers, business people and families, and realized that a truly portable and affordable solution would be a significant benefit to users of all kinds,.. Our goal with the Ideacentre Stick 300 is to give those users a sense of freedom and enhanced mobility, while packing a serious punch in a small device.”

According to various reports, Lenovo’s mini PC will be up for sale on the company’s website starting in July.