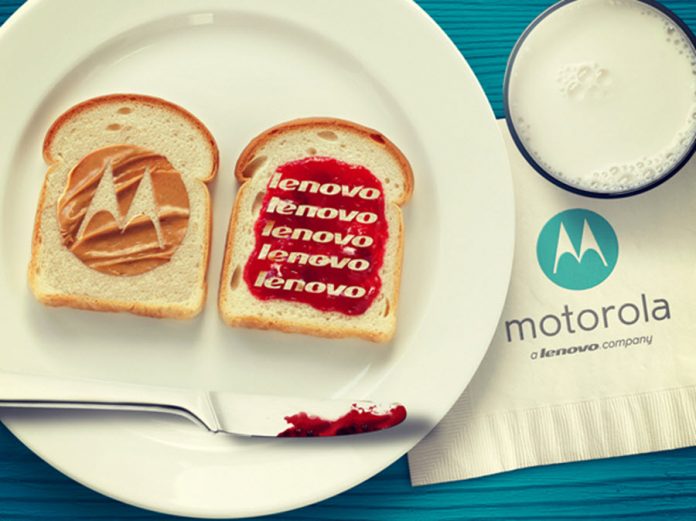 Lenovo had acquired Motorola from the hands of Google in 2014, although the integration of the mobile division of the Chinese company with its new subsidiary was commenced just last summer. During the presentation of results for the second quarter of 2015, Lenovo announced that the effort, manufacture and sale of phone company would be left to Motorola.

However, at the CES 2016 it is confirmed that the next generation of Moto X Force probably now includes the name “Lenovo” in the rear. The Motorola name will disappear from their phones this year. Motorola Inc. has been an American company specializing in electronics and telecommunications, established in Schaumburg, Illinois, outside Chicago.

Lenovo will unify its two telephony businesses under its very own brand, leaving the name Moto only for high or premium products line range. Phones developed under this name will be high performance. The low-end handsets will be marketed under the name Vibe.

The name Motorola will continue from the corporate perspective as a division in the Chinese consumer electronics giant. On Thursday, in an interview at CES 2016 in Las Vegas, Rick Osterloh, President and COO of Motorola, said: “We will remove the name Motorola progressively“.

Future phones will be sold under the name Moto by Lenovo. Although the name change will take place in products gradually, so that instead of carrying the logo of Motorola, the Lenovo one will be used, but also M Motorola will be present in high ends mobiles. Finally, we can say that internally wise, Motorola will be maintaining its position.

The disappearance of the brand is a watershed in the history of wireless devices. After all, Motorola has invented the cell phone. The Motorola DynaTAC is the first mobile phone in history. But times change. Google acquired Motorola in 2012 and later Lenovo in 2014.  Yang Yuanqing, Lenovo’s chief executive, in October 2014, following the acquisition said: “Not only do we plan to protect the Motorola brand, but make it stronger.“.

Two years after Lenovo acquired it from Google, the Motorola brand disappears. CEO of Motorola also stated that all Chinese mobile products will be subsumed under the name “Moto by Lenovo“. The company will remain a corporate division of Lenovo.

In markets where the name Lenovo has a significant presence, the company hopes to promote Moto online for their high-performance product line. Motorola will use its relationships and sales channels to boost its new mobile range Vibe costing less than $100. So, finally, with this step, we can assume that the brand ‘Motorola‘ will be completely removed from the market in coming years.