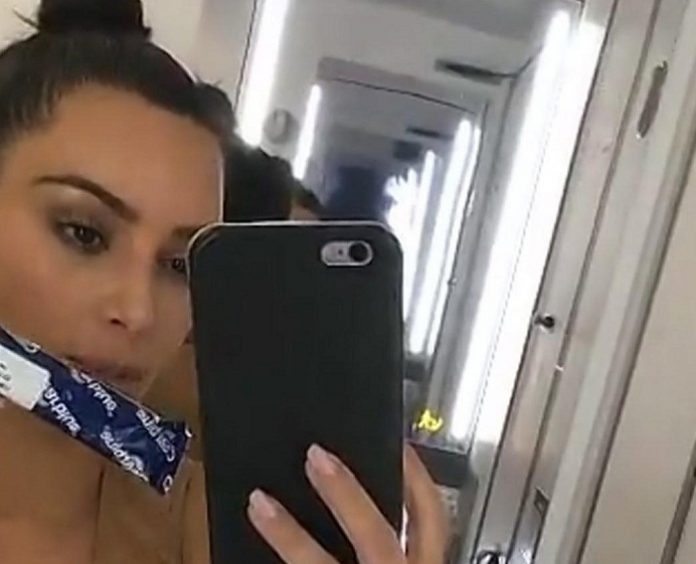 Kim Kardashian is always known for catching public attention by sharing weird things on social media sites, and this time, she moved a step ahead and has shared her pregnancy induced panic attack experiences. On May 19, 2016, the 35-year-old beauty documented her roller coaster ride from an airplane revealing six pregnancy test packs on her hand.

The detection kits were from leading brands which include, First Response, EPT and Clearblue. The reality-show star captioned the image “Panic Attack”.

The snapshot was soon followed with a video message. In the clip, Kardashian told that she is legit in an airplane bathroom, and is going to have a gestation detection test because she is very much scared.

Soon after the test, Kim revealed that the test has turned out negative.

The ravishing beauty is married to Kanye West and they have two kids; 5-month-old son Saint West and two-year-old daughter North West.

Even though Kim is not pregnant, the Kardashian family is now awaiting a new member in their family. Her brother Rob is awaiting a baby with Blac Chyna, her fiancee. 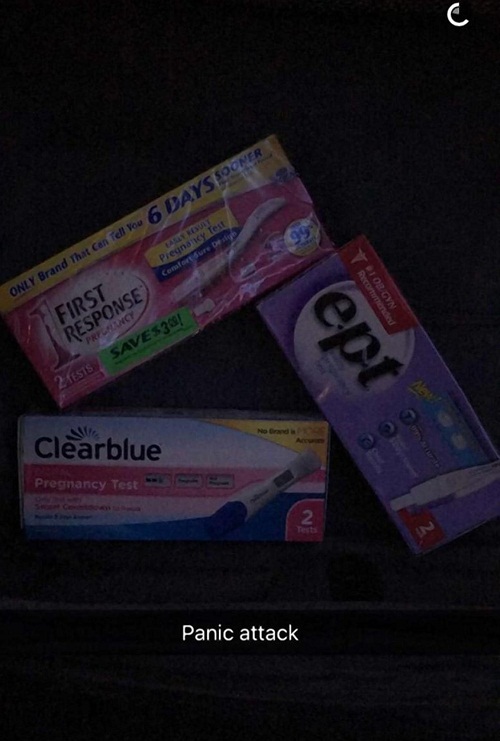 Recently, in a chat, Kim unveiled that Rob is quite excited to become a father. She also added that her brother is such a good person, and will become the best dad of all times.

Earlier, the elegant lady has revealed that she needs a big family, and at this time, it might not be the time to conceive for the star.

The socialite is now busy with the works of “Dash Dolls”, a reality television series that is getting aired on the E! cable network. The “Disaster Movie” star is executive producing the series along with her siblings, Kourtney and Khloe.

Before marrying Kanye West, Kimmy has married twice; Damon Thomas (2000-2004) and Kris Humphries (2011-2013). She tied the knot with Kanye on 2014, and from then they are considered as the most envied couples in the entertainment industry.