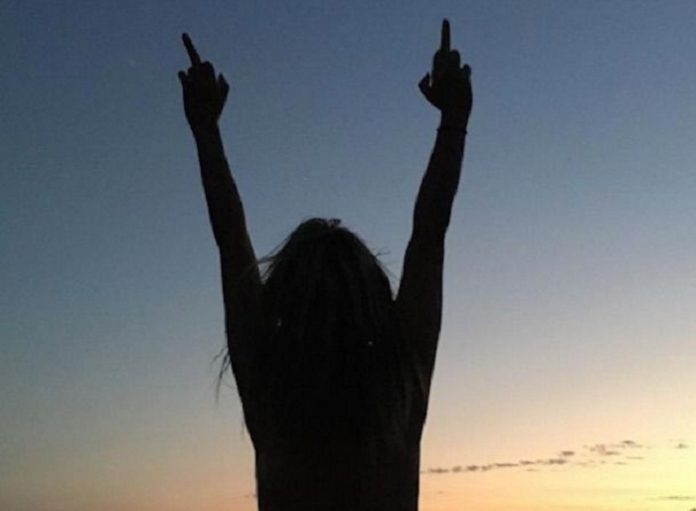 American Singer and Rapper Kesha, on Sunday, May 15, 2016 has posted some seducing topless photos on her Instagram. All the pictures posted are cropped mid-chest, and the ravishing beauty has not captioned anything in these snaps.

After some hours, Kesha posted a double-fisted fuck you, and her fans believe that she has shown this to people who troll her deeds.

The ravishing beauty captioned the middle finger snap in an emotional manner. Kesha told that she has been battling stress, depression and eating disorder for quite a while. The singer added that her career is now in a strange position, and she believes that an uphill fight is being fought for the last few days.

The 29-year-old lady also expressed her confidence in bringing things back on track. She wrote that things are now slowly coming back to track, and the cute beauty proclaimed that it is her life, her freedom, her happiness, her voice and her worth.

Kesha is now busy waging a legal battle against her former music producer, Dr. Luke. The legal suit began in 2014, and Kesha claims that the producer has committed sexual assaults against her. But, the producer has denied all the claims, and he is fighting Kesha’s allegations with full fury.

Luke’s attorney is now trying to obtain permission from the court to view her medical records. Kesha has undergone treatment for eating disorder two years back, and her attorney claims that this happened due to psychological effects caused by Dr. Luke’s abuse.

Kesha has been so strong in expressing her views, and on last March, she has lashed out against body shamers who criticized her for wearing a bikini.