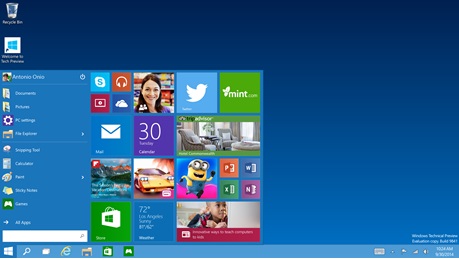 Microsoft just circulated its third cumulative update for Windows 10 whithin 18 days from the operating system’s official release. This could be taken by a lot (if not everyone) as a living proof that the company is keeping its word and follows a certain approach by delivering updates one after the other.

Of course that policy makes us wonder why the company didn’t want to wait a little more until it establishes a great OS that needs less updates. In other words, we all appreciate Microsoft’s good will to keep getting better, but at the same time, an operating system that gets constant updates is at the very least a bit concerning.

As we mentioned above, this update is cumulative which means that it contains all the updates that have been released so far, plus some additional ones. For those who have installed the previous updates, only the additional will be installed this time.

“There don’t appear to be any other security updates coming along with this one, but we’d suggest checking Windows Update to grab it when you can. This follows another cumulative update thatwas released earlier this week that brought a fix for issues signing into the Windows Store, along with security updates for Microsoft’s Silverlight and Adobe’s Flash player,” posted Microsoft earlier on “windowscentral”.

If you want to see all the updates and bug fixes that were released with the KB 3081438 Cumulative Update, click here.