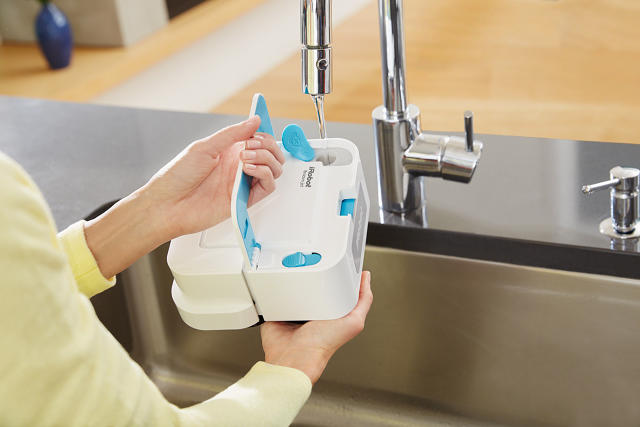 iRobot’s Roomba had garnered a lot of attention when it comes to autonomously sucking up dirt, dust, pet hair and anything else that might be infiltrating your carpet, and even your hardwood, however, the device failed when it came to cleaning liquids or really scrubbing hard surfaces. To address this issue, iRobot announced its newest device, the Braava Jet Mopping Robot. The company has other devices capable of resolving the said issue, like another Braava model, though this cleaner is meant to work for those people who want to clean in tighter spots.

For constructing this autonomous robot, iRobot took feedback from the most knowledgeable people when it came to the Roomba, its users. They collected data regarding what the users think is missing in the previous device and what new functionalities would they like to be greeted with in future models.

The company was originally planning to connect the robot to an Android app, however, they decided against this as that would increase the overall complexity and price. Now, the user will just need to press a button to start or stop the device. The Braava Jet was designed to be as user-friendly as possible, and it’s also iRobot’s most affordable Robo-vac at $199.

Unlike the $299 Braava 380t, that has two modes, the cleaner has three modes, dry sweeping for picking up hair, dust, and other particles; wet mopping for cleaning floors with water and detergent; and the additional damp scrubbing mode, which uses only 60 percent of the water that wet mopping mode does, making it powerful enough to clean hardwood floors, but gentle enough to not damage them. The vacuum will know of the mode that it should use by using the disposable pads that are situated at the bottom of the device. It is also responsible for doing the actual cleaning. You will have to restock these pads when you run out. iRobot says they will sell in packs of 10 pads for $7.99 per pack.