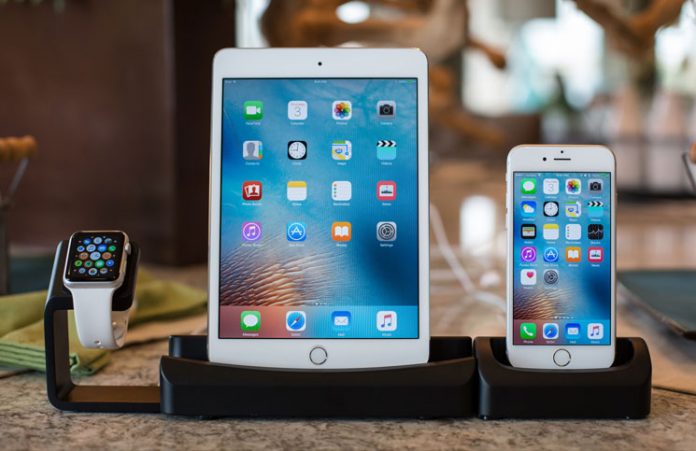 Apple has just issued invites for its next press event on the Apple Campus in Cupertino. The event is going to take place on March 21. As usual, Apple wrote a cryptic message on its invites, “Let us loop you in.”.

The event has been talked about for quite some time and we are already expecting a few things. Rumor has it that Apple has been working on a new iPhone. It’s unclear, as of now, what the device is going to be called, but, most of the reports are suggesting the name as iPhone 5Se, with Se standing for “special edition.” The device is rumored to sport a 4-inch display like the iPhone 5S, but the processor and the camera are supposed to be upgraded. Some leaks have also pointed towards several designs for the 5Se, though, the majority of the analysts are quite confident that we won’t see the Force Touch feature in it – originally unveiled along with the iPhone 6S. Live photos will, however, be there.

Next up, we are expecting the release of the iPad Air 3. Last Fall, Apple updated the iPad Mini and unveiled the iPad Pro. There was no word on the iPad Air, though it looks like Cupertino is looking to take more time before launching a new 9.7-inch tablet.

But, the whole case is not that simple, as the upcoming iPad should work with the Apple Pencil and feature a smart connector to work with a keyboard cover. Think about it as a smaller iPad Pro dubbed as iPad Air 3.

Finally, there is the Apple Watch. The “Let us loop you in” part of the invitation could be an indication towards the Apple Watch 2. It is worth mentioing though that, according to some reports, you shouldn’t expect an Apple Watch 2 just yet. Instead, Apple could announce new bands and partnerships with fashion companies.