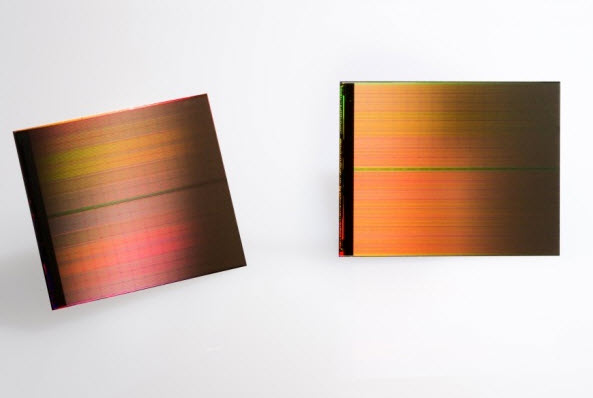 US – Intel (NASDAQ: INTC) and Micron Technology (NASDAQ: MU) announced the new 3D XPoint storage technology. The companies claim the technology to be 1000 times faster than the existing NAND flash memory chips and 10 times denser than DRAM chips used in PC’s. The same can be used both as non-volatile storage as well as system memory.

Intel and Micron described the new technology as a major breakthrough in the world of technology that will revolutionize the computing devices by improving the performance of desktops, laptops and smartphones. The company also claims it to be the first new class of the mainstream memory in  25 years, after the introduction of NAND flash in 1989.

3D XPoint is a non-volatile memory chip, meaning these memory chips can retain and store the data even after the power is switched off. It can be used as a replacement of computer’s RAM and its solid-state drive (SSD) due to its new technological power and performance. 3D XPoint is scalable, durable, energy efficient and extremely fast. In both reading and writing speeds, it is 1000 times faster than the existing NAND flash memory which is currently used in SSD’s, claims Intel. At the same time, it is 10 times denser in its storage capacity; providing more physical space for storage of the data. And this larger and faster storage would also help in better handling the big files; thereby enhancing cloud services.

The said technology will help in reducing the lag time between the processor and data; thereby allowing a much faster analysis of the Big Data. Thus, this technology will enable ‘edge analytics’; allowing the users to process their Big Data outside the largest data centers and processing the same closer to the data.

Intel and Micron’s joint venture, 3D XPoint is a technology that would benefit the health care researchers in tracking diseases and analyzing the data in real time. Also, it will make social media interactions faster. This technology can also identify fraud patterns easily in the financial transactions. It will also bring a game-changing performance in video games technology; thus giving a boon to video game developers who will be able to deliver bigger, open worlds and a seamless experience to the gamers.

All in all, 3D XPoint will certainly prove to be an advanced technology, as its creators, Intel and Micron mention.